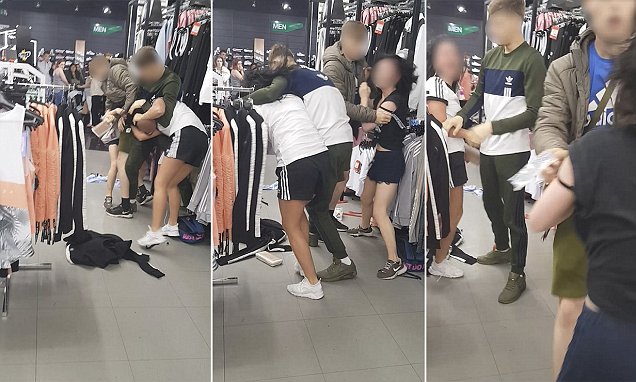 Nothing like having to drag your partner kicking and screaming from a physical confrontation to completely ruin a nice day out shopping at JD Sports.

The story here is that one girl was giving the other girl the side-eye, to which she asked ‘what the fuck are you looking at?’

The other replied ‘nothing, what’s your fucking problem?’

And that’s where it all kicked off:

The lady who filmed them says:

Obviously the boyfriends were trying to stop it. A female member of staff came out and actually put one of the girls in a headlock.

A male manager grabbed one of the women around the waist to pull her away from the other one.

They wouldn’t stop even with the two boyfriends and members of staff trying to separate them.

As the more aggressive of the two was led away, she yelled:

I’m going to kill her, the little slag. 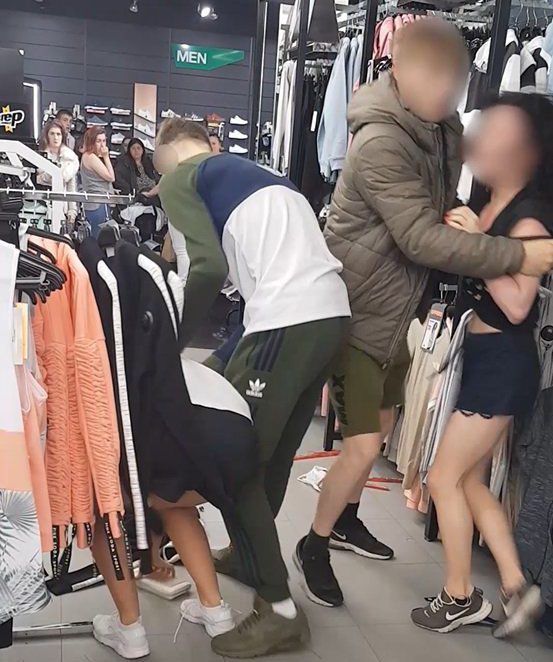 Fair play to the boyfriends for trying to diffuse the situation rather than get into it themselves. Unfortunately they weren’t very effective at keeping their girlfriends from clawing each other’s faces off but luckily the JD Sports staff were on the case.

To read about the boyfriend who literally jumped to his death because his girlfriend took him clothes shopping for 5 hours, click HERE.