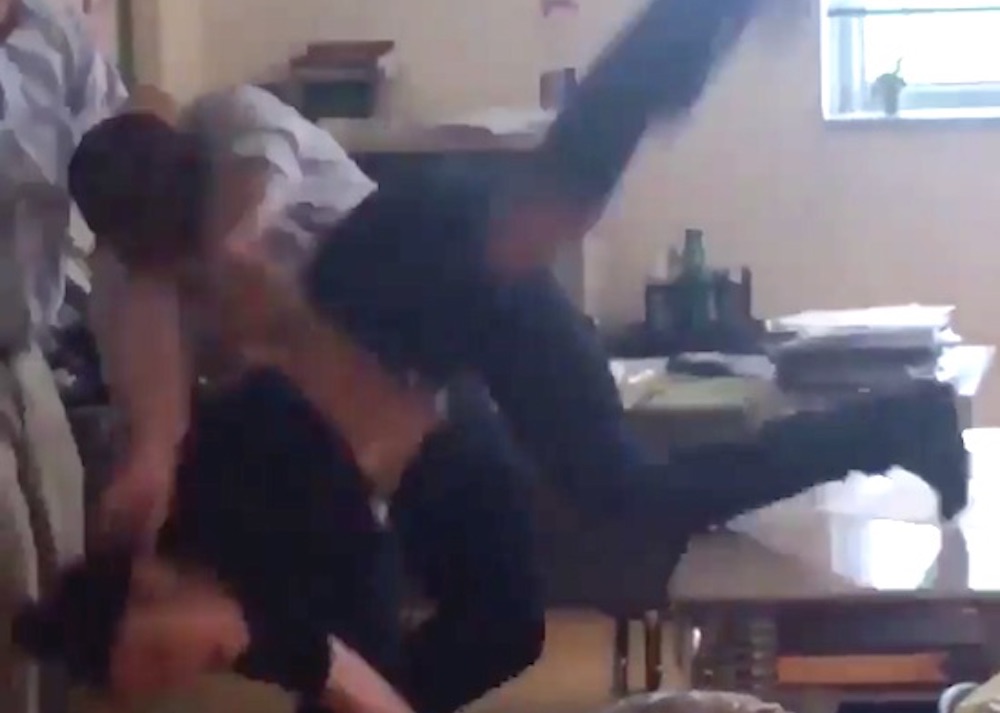 Obviously it’s never cool to hit a girl, but sometimes you’ve got no choice but to fight back when a girl is going all medieval on your ass as you need to defend yourself and that’s exactly what we’re going to see in the video below.

In the video, we see a girl attacking another boy at some school somewhere. The boy actually tries to tell her to stop hitting him because he’s doesn’t want to get mad at her, but she doesn’t listen and he eventually snaps, launching some kind of weird duplex manoeuvre on her that leaves her thinking twice about making him again:

girl gets a taste of gender equality pic.twitter.com/0veW8Ge931

Yeah, girl got absolutely told there didn’t she? Serves her right though, if you’re gonna attack someone like that – for whatever reason – then you’ve gotta be willing to face the consequences. Doesn’t look like she was expecting that reaction though.

For more of the same, check these two girls going at it and whacking each other in the head with shovels. Painful.