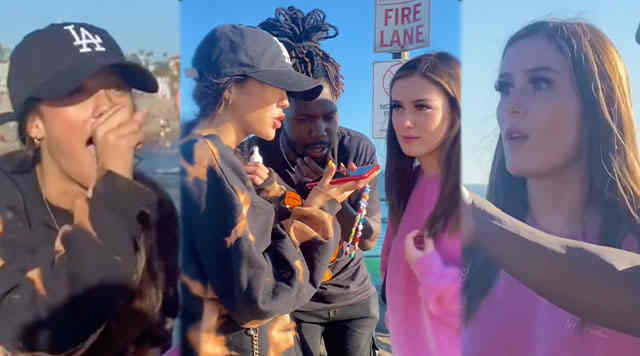 If you’re someone who has spent any time on the internet whatsoever, you should know that it’s never a good idea to take part in a ‘loyalty test’ for some YouTuber with a camera, because more often than not it doesn’t end well for anyone involved (well, except the YouTuber).

Case in point – this super cringe (on multiple levels) video going viral at the moment:

Welp, so much for “we’re basically married”. Her boyfriend didn’t even have to think twice before accepting her BFF’s invitation to hang out alone after falling out with his girlfriend. Looks like it’s actually gonna happen now too given how the interview ended. Like the interviewer said though – how is it the BFF’s fault? Wouldn’t have been an issue if the boyfriend turned her down.

Yeah I know there are a bunch of people saying the footage is staged or faked, but even still the cringe is so off the charts I just had to post it. Is there anything worse than a white girl saying things like “low key” or “on God”? Cringe central!

To watch a girl confront her friend on camera for shagging her boyfriend behind her back, click HERE. Seriously awkward.