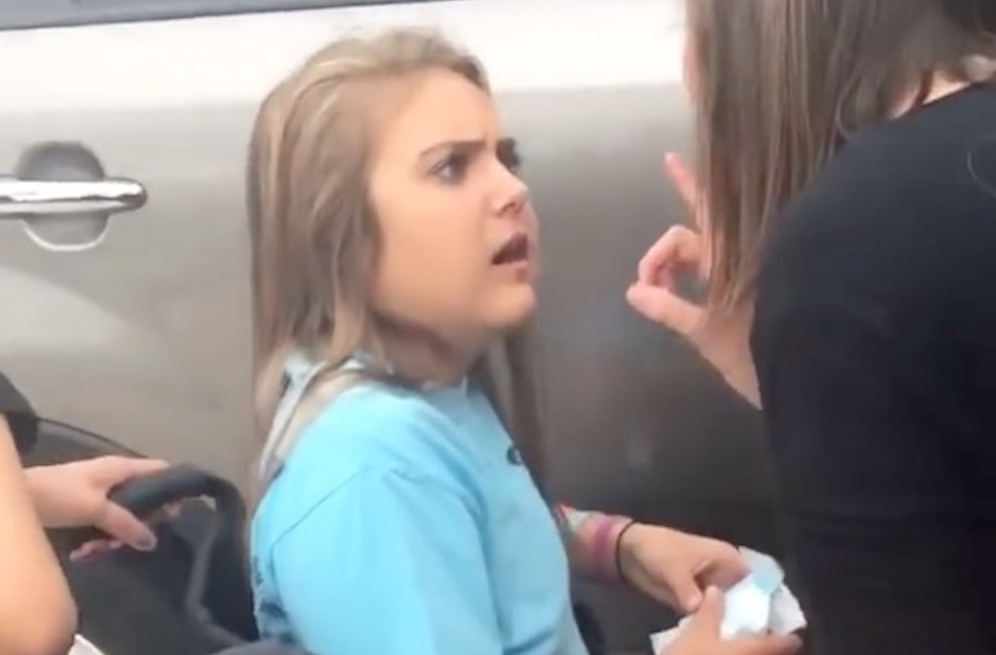 We’ve seen a few completely outrageous videos of how people act after they’ve had their wisdom teeth removed due to the crazy amount of anaesthetics they’re exposed to during the procedure, but I don’t think anyone has ever been as offensive as the girl featured in the video below.

The video shows this girl tapping into her deepest, darkest fears as she reveals that she thinks she’s being choked by a big fat black dick in front of her mother who is trying to get her into the car and home. The girl even has her own abbreviation for a big fat black dick, referring to it as a BBC. You work it out.

It’s gonna be tough watching this back on the internet and living it down in years to come, especially given how young she is:

Yep, can definitely see her having a bukake with a bunch of black guys in the future, can’t you? All the best babe.

For more of the same, check out this girl saying she needs the dentist’s white dick after she also had her wisdom teeth removed.