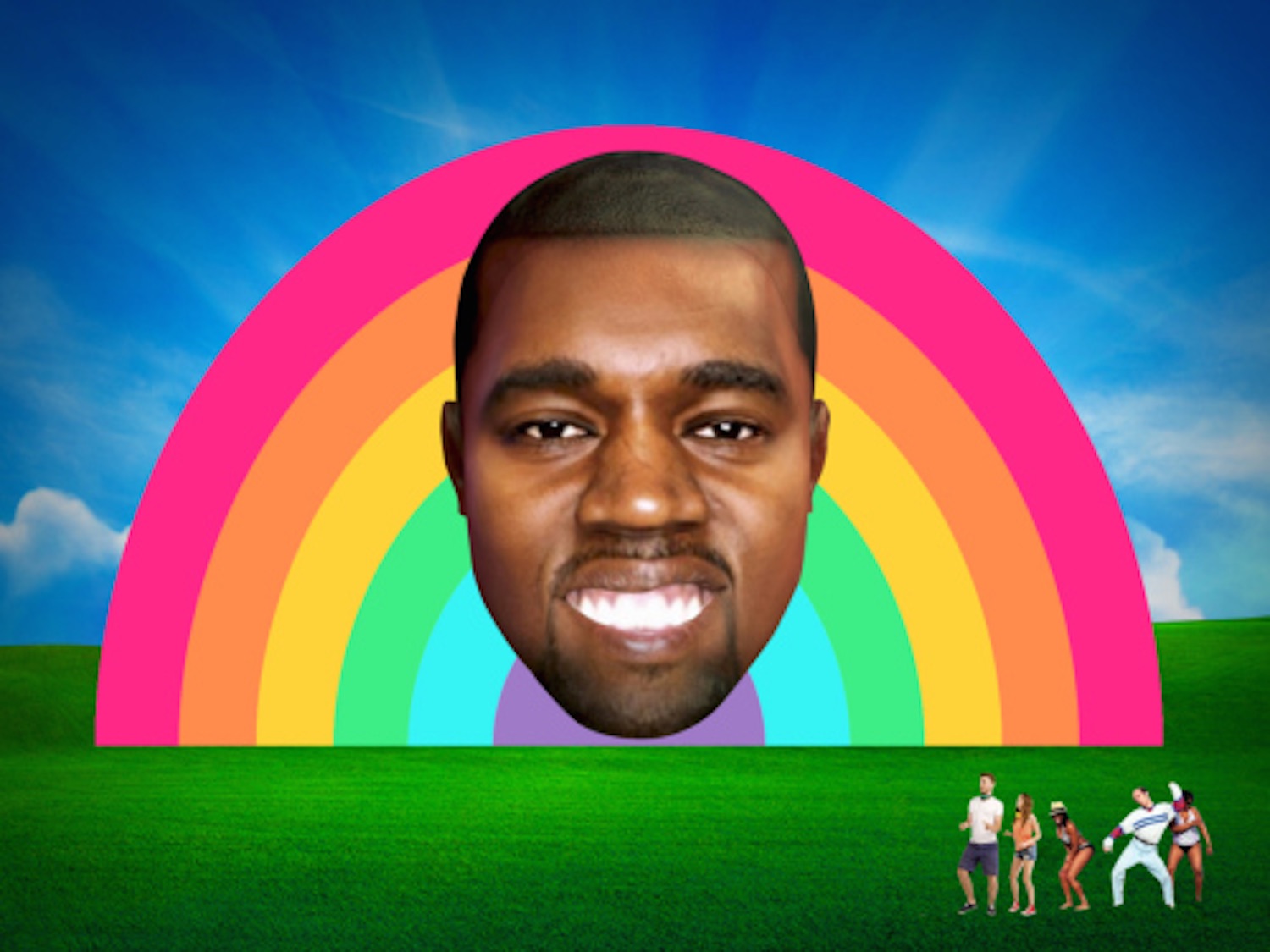 There’s just something about giant heads of people appearing at festivals and Bestival have decided to one up their previous effort of a 3 metre high Lionel Richie head in 2013 by this year offering us a 7 metre high version of Kanye West. Can you imagine how many people are going to be getting selfies with that thing?

The sculpture is the brainchild of the Mad Cool Collective and Hungry Castle and looks set to be one of the highlights of the festival. Here’s an introductory video about it as well as some of the blurb from the press release:

Spanish art collective Cool Shit is the internet in real life. Making meme culture reality, they’ve been giving celebrities the larger than life treatment for the last four years, notably bringing Lionel’s Richie Head, which stood at a mere three and half metres tall, to Bestival in 2013.

Now, with their latest creation, they’ve hit the motherlode. Riffing on one of the internet’s biggest ever memes, Sad Kanye, they’ve repurposed it for reality to give us their biggest and most positive project to date, Happy Kanye!

Standing over seven metres tall on a rainbow plinth at the epicentre of Cuckoo Clump, Happy Kanye will be bold and beautiful, a beacon of positivity encouraging Bestival-goers to step into the rainbow and celebrate our togetherness. And, just like in real life inside Kanye’s head is where the magic happens.

A full interactive art experience, once inside it’s down to you to unify with your fellow party people and channel positive vibrations to the world. Let us know how you think you can increase the peace with Happy Kanye!

Unfortunately it looks as if the finished article isn’t actually ready yet so you’ll probably have to book a ticket to Bestival to see it – or just check social media afterwards. I guess you could do a lot worse than Bestival this year though with Justice, Dizzee Rascal, DJ Shadow and the Pet Shop Boys (?) all playing. Should be a doozy.

For more Kanye West, check out this list of all the people he has ever compared himself to. More than you might think.