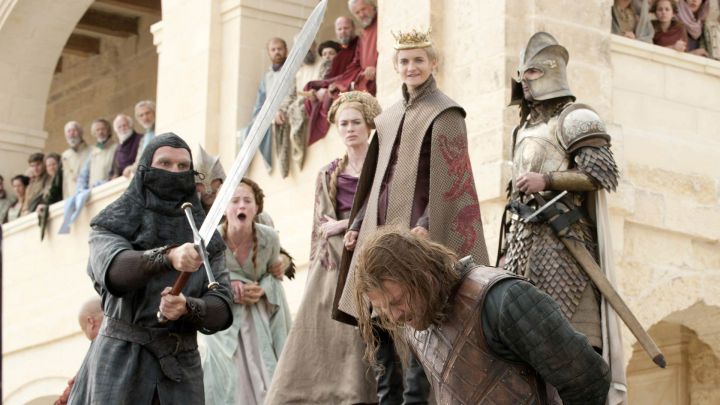 That’s a lot of gore.

‘Game Of Thrones’ has been one of the most consistently popular television shows of the last decade, and that’s mainly down to its ability to surprise you at any single point by killing one of your favourite characters. Literally nobody is safe.

In fact, apparently 150,966 people have died over six series and in order to celebrate the upcoming return of the show, the guys over at Leon Andrew Razon Compilations have decided to make the following supercut showcasing every single one of them. It’s pretty long at 21 minutes, but it’s sure to get you in the mood for the next season – especially if you enjoy stabbing, eye-gouging, decapitation, choking, poisoning, burning, crucifixion, flaying, biting, hanging and trampling.

Can’t really beat it can you?

Ouch. Probably going to be plenty more of that to come when it tall kicks off for the penultimate series in a few weeks. Can’t wait.

For more on the show, check out this new ‘Game Of Thrones’ history class at Harvard. No joke, that’s an actual real thing.