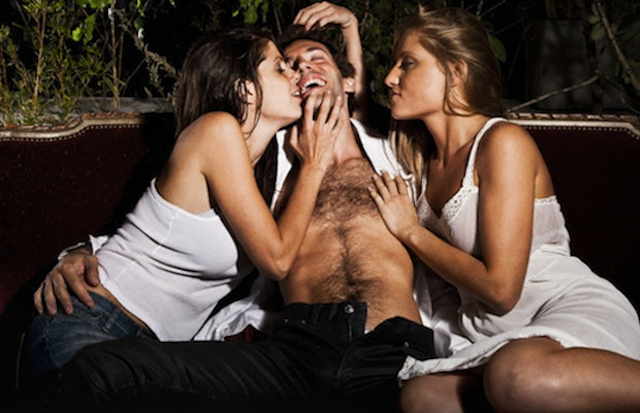 The first day of work is always a tricky one, so it’s probably best not to go out on a big one the night before or you might end up sending a text message like the dude in this article. Although fair play to him, he kinda styled it out. 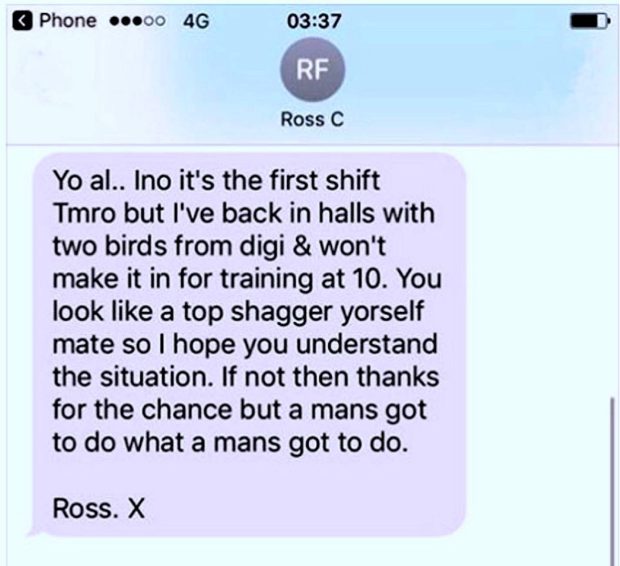 Fair play to the guy I suppose. They say honesty always pays off too and it seems like it might have done, as in an awesome example of how to be an excellent boss, instead of having a meltdown and firing Ross on the spot, Al instead decided to post the text message on the bar’s Facebook page and let their fans decide what happened to him. There are three options: fire him, forward the text to his mum, or force him to buy his coworkers lunch and write an essay about why it’s not a good idea to call your boss a top shagger. Guess which one is winning.

For more threesomes, check out what a bunch of people said about it after engaging in their first one. Enlightening stuff.