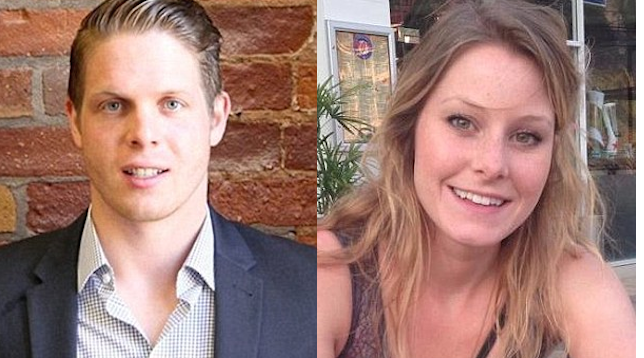 Unfortunately, she’s already in a serious relationship so it’ll be ‘strictly platonic’.

About a month ago we posted about this Canadian dude who had booked a round the world trip – if by round the world you mean a month long trip that stops in 6 different cities that is – for him and his girlfriend over Christmas, but his girlfriend had dumped him, so he was offering the spare ticket to anyone in Canada with the same name as her because it was transferable.

It sounded kind of desperate and weird at the time, and now that 27 year old Jordan Axani has found someone to join him on the trip, it’s even creepier. The lucky (?) lady is a 23 year old student and part time office administrator from Nova Scotia also shares his girlfriend’s name – Elizabeth Gallagher – and is looking forward to her ’round the world trip’, despite the fact she’s already in a long term relationship with a guy she intends to shortly buy a house with.

Here’s what she had to say about the whole thing:

My boyfriend understands that I’ve always wanted to travel so while he’s not happy I’m taking off for nearly a month at Christmas with a random guy he’s smiling through it.

It definitely did seem a little bit creepy at the beginning but now that I talked to him it’s less creepy and more awesome. At first I thought it was crazy but after speaking to him on the phone for hours I’m at ease about the trip and looking forward to it. 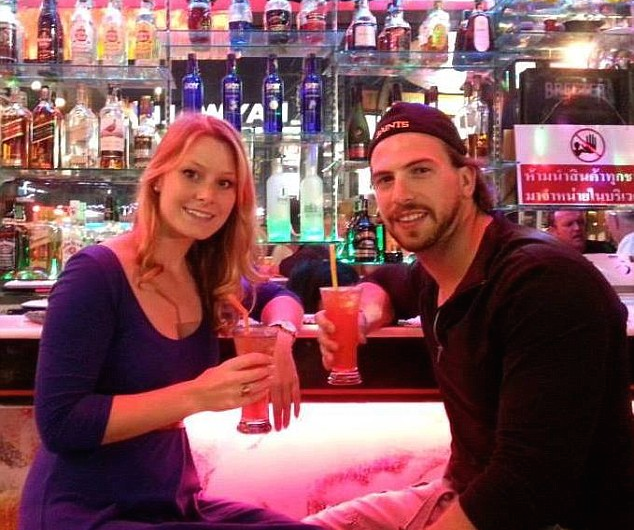 Yeah, if I was her boyfriend (pictured above in some cool bar hanging out with her which looks like it’s in a foreign country by the weird sign in the back, indicating he’s already taken her travelling) I’d probably be more than a little worried about the fact that my girlfriend was also talking on the phone to this guy for hours as well as being jetted around the world by him. I mean she’s gottta spend some time with him too right?

Both Jordan and Elizabeth have insisted that the trip is purely platonic and Marriott hotels have even stepped up to offer the two separate hotel rooms for every stop on their destination – previously Axani had explained that there were no hotel rooms booked for the trip as he wasn’t exactly sure where the couple had been planning on going and they broke up before they could figure it out – so that won’t be that awkward. That’s if they even decide to use the separate rooms on the trip.

Seriously, what’s the betting that at the end of January we’re reporting on how Elizabeth has dumped her boyfriend and is moving to Toronto to move in with Jordan after they fell in love on the ’round the world trip?’ Pretty sure no bookie is going to be taking that one.