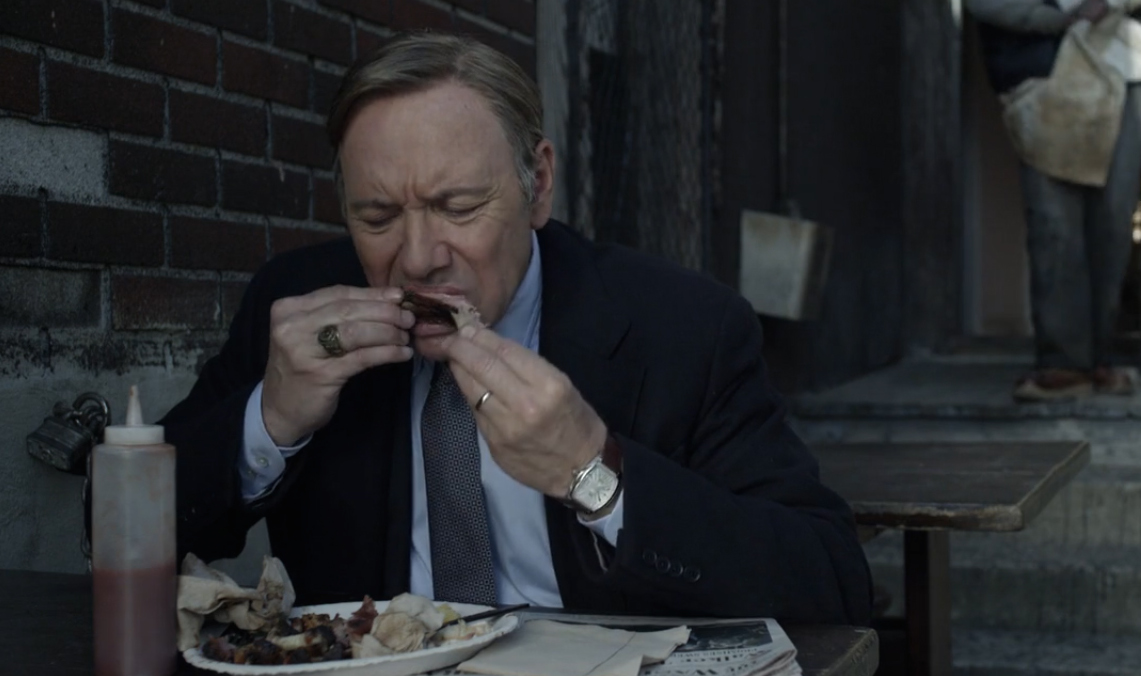 ‘House Of Cards’ recently returned for another series that has probably received even more coverage than it usually would thanks to the ridiculous political situation in the United States at the moment.

Fans of the show will remember Freddy’s rib shack with fondness as the only place that Frank Underwood could go for some peace and quiet and to eat his favourite ribs. Admittedly, they did look completely delicious, but I was sceptical that there would ever be a legitimate version of them in real life.

I shouldn’t have been, because of course YouTuber ‘Binging with Babish’ – the go to place for recreating food seen in TV shows and movies – was going to get around to them eventually. Check out the recipe in the video below:

Mmmm. Gotta try that the next time I get a chance, looks absolutely incredible and if they’re as good as Frank Underwood says they are, then it’s really going to be a taste explosion in my mouth. Gotta love that BBQ food.

For more of the same, check out this BBQ bacon sushi. Oh yeah.