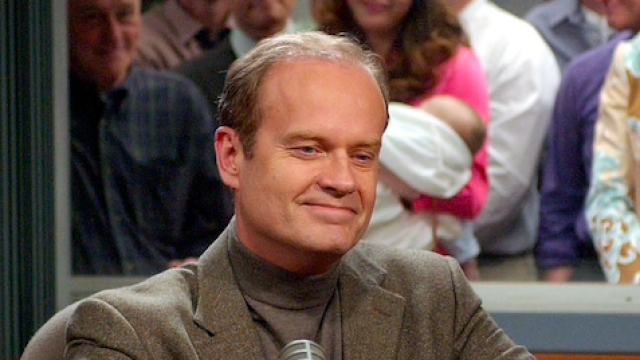 I’m going to be honest when I’m writing this and printout straight up that I was never really a fan of Frasier, but the fact is that a lot of people I know absolutely adore it and it is one of the most popular comedies of all time so I thought that a whole bunch of people would be excited about the fact that the show is returning next year with all of the original cast.

Series star Kesley Grammar revealed the news during a conversation with Graham Bensinger, saying the following:

We’ve hatched the plan, what we think is the right way to go. [We’re] working on a couple of possible network deals that we’re sorting.

We just have to staff it and find somebody who wants to give us money for it. You never know.

New episodes would focus on Frasier’s relationship with his son Frederick and his continued search for love.

I mean that sounds like it’s going to be possible doesn’t it because who wouldn’t want to give the guys behind one of the most successful comedies of all time some money for a reboot, especially vine how successful reboot culture has been pretty much in every instance it has occurred. Just saying.

For more of the same, check out this awesome video that compares the first and last shots of your favourite television shows. Rad.