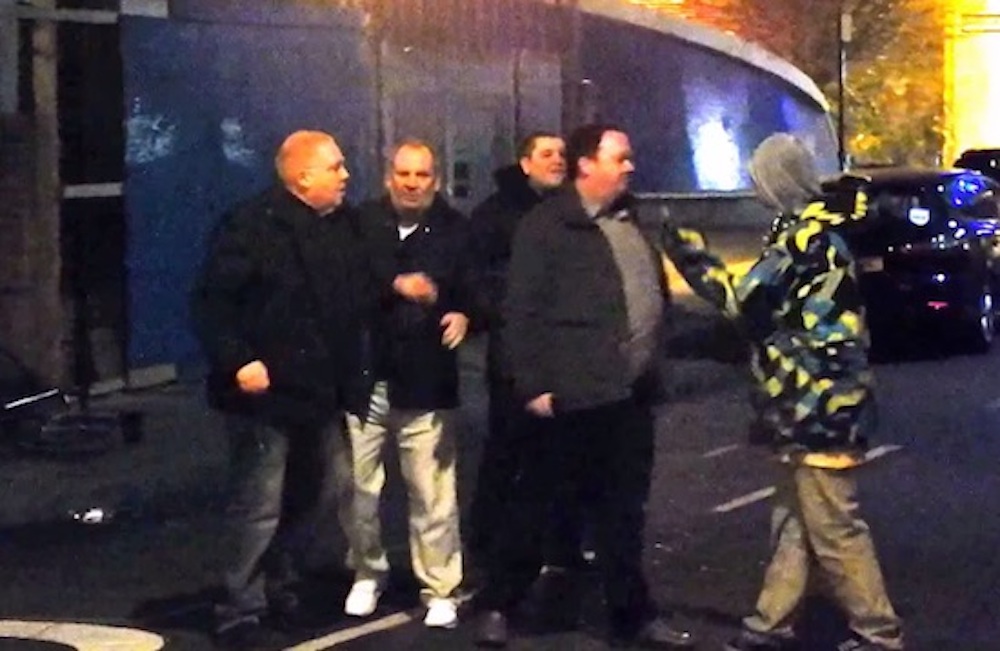 Don’t start what you can’t finish.

There’s something absolutely awesome about seeing bullies get what’s coming to them, and that’s exactly what happens in this video.

Filmed near Southwark tube station in London earlier this year, the video features four fat drunk guys picking on some young kid for some reason and squaring up to him like they want to start a fight. It’s unclear what they’re arguing about but we all know that four on one isn’t’ a fair fight and it looks like these older guys are being dickheads to him really.

Sure, he throws the first punch but that doesn’t deter these guys from coming after him big time as a result of it. Fortunately this kid has some next level street fighting skills and manages to duck all their punches and then lay them out completely on the floor with one punch. Respect.

If you enjoyed that then check out this video of a quiet kid knocking the school bully out cold next.