Suicide is always seen by the ones left behind as a selfish option, but I don’t think there’s really any need for some guy who barely knows the person who committed suicide to go on a rant about it on their Facebook page.

Nevertheless, former Foo Fighters guitarist Franz Stahl – who toured with them for a bit when Pat Smear left, but then got kicked out when they started trying to write ‘There Is Nothing Left To Lose’ because he was a bit of an asshole – decided to say the following on his Facebook page a couple of days ago: 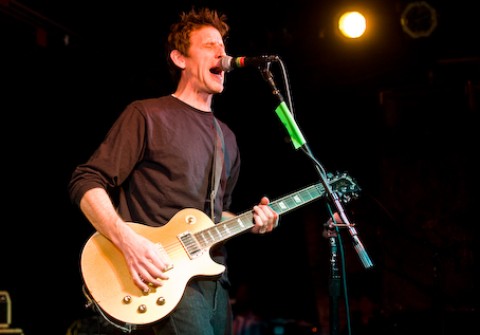 Wow…I find it very sad as a father to see all these sad eulogies for your fallen kept rockstars where the real sadness is what so selfishly was left behind…his children. They are forever now without a father…a pillar of love…safety…strength…guidance.

You wanna off yourself cause your incapacitated or brain dead sh*tting yourself and a burden to everyone so be it. But just think of your kids and how fucked it all will be now.

Now I loved Soundgarden…but Audiosoave was f**king lamesville…but does all that really matter to his kids? They just wanted to see your face when you got home…to hear your voice..to feel your hugs…to barrow the fucking car to go to In and Out Burger. Thanks Dad…

Wow. I mean I suppose there is some truth in what he said, but like I started with, I don’t really think it’s the right time or place to say stuff like that after he’s just died. And why the hell does it even matter if he thought Audioslave was lame? Seriously, nobody gives a fuck about that right after the guy killed himself.

Thankfully, it seems unlikely that Franz Stahl will ever do anything else that is that relevant, so it’s probably the last we’ll hear from him for a while. What a dick. RIP Chris Cornell.

For a complete juxtaposition on that, here are 25 reasons that Dave Grohl is completely awesome. As if you needed any more.