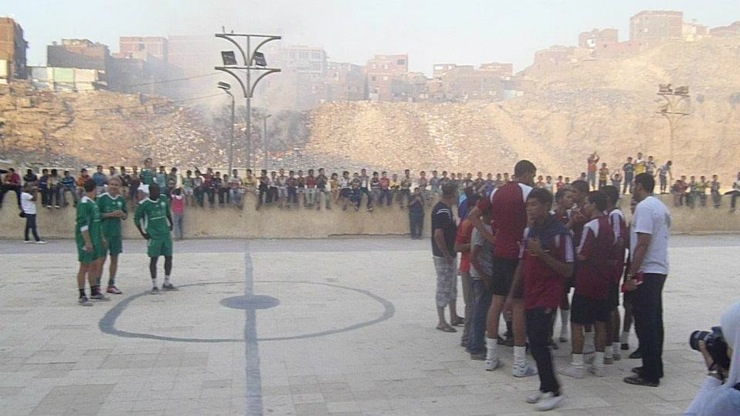 â€˜Football Beyond Bordersâ€™- using the universal power of football to tackle political, social and cultural issues.

I’ve long been a follower and appreciator of a project called ‘Football Beyond Borders’- an ingenious one which utilizes the universal language of football (and footie is about as close to a universal concept as you are going to get) as a lense through which the national, racial, social, political and religious constructions which separate us from other human beings are overcome, and cross-cultural dialogue is engaged. This is all in order to strive for positive social change and to celebrate education as a tool in doing so.

It deserves a Sick Chirpse if ever there was one. Here is their website so you can visit it.

Football Beyond Borders was started at SOAS university by Jasper Kain (email him here for enquiries or email Dillon Chapman for anything press/ media related here) and his bunch of football punks. Not hooligans, that’s a whole nother thing- like cool dude punks shaking up the world and its stale old politics.

First and foremost, it’s aim was to engage with under privileged communities around the world through a medium that could easily transcend difficulties in communication. Its objectives are as admirable as the game itself; to break down barriers and prejudices, to become the voice of grassroots communities and through academic debate champion education to create a transnational network of students dedicated to international development.

There have already been four very successful projects led by the Beyond Borders team. The first, in 2009, was a trip executed by 16 University of London students, traveling through Turkey, Syria and Lebanon and playing football at each destination; including with a team of Iraqi refugees. For the boys, it was a journey into the unknown, in terms of cultural, religious and political differences. And as they expected, the aim of the game was truly met; through playing that beautiful game they built relationships that no ideological barriers could break.

Off the back of this success, further engagement was to be made with communities in Ghana in 2010- this time players across the University of London joined the SOAS team. The students traveled across the Central, Eastern, Ashanti, and greater Accra region of Ghana over three weeks playing 7 football fixtures, running voluntary projects, and engaging in debate with students. The tour started in Legon at the University of Ghana and closed in the coastal village of Kokrobite. There, the team volunteered with the Kokrobite Chiltern Centre, supporting primary education in the village.  A barber shop was opened in their honour, named ‘Beyond Barbers’, a compliment if there ever was one. They engaged in grass roots organization with local NGO’s and community groups, cross-cultural and political dialogue with students, collected research on local perceptions towards education and development in the Southern regions of Ghana and used football as the medium of exchange. A mouthful, but a much needed one at that.

Beyond Borders London, 2011 brought together teams from all over the world (namely Egypt, Uruguay, Finland and Turkey) to not only compete, but also participate in a variety of engaging events aimed to facilitate the need to address this international scope and stimulate cross-cultural dialogue, experimental exchange, and unprejudiced discussions concerning the future of our global society. Unfortunately, the Syrian team could not make it over due to the unrest that had already mounted, and the Ghanian team were refused visas. A true reflection of our times. The footie was complemented with lectures, debates, seminars and cultural presentations; such an opportunity to learn, experience, challenge prejudices and to make new friends from across the globe is at the moment unmatched. After taking two trips out of London, Beyond Borders brought the boys back over, which, for members of the visiting teams, was the greatest experience yet.

Last September, following their London tournament, the Beyond Borders team traveled and engaged with communities in Egypt, Palestine, Israel and Jordan. Their most ambitious trip yet, they built an understanding with post-revolutionary communities in Egypt and engaged with one of the greatest moral issues of our time; the Palestinian-Israeli conflict. The wounds of this are still fresh. Their goal was placed under perhaps the most sensitive constraints so far, but it held the most rewarding results yet.

Above is the trailer of their documentary film ‘Over the Wall’ which they have made to share their trip, experiences and stories of the people they engaged with. It deals with the personal struggle many of the players faced in deciding whether or not to continue the trip into Gaza or the West Bank, and documents the life changing aftermath of their choices. I’ve seen it, and it is bloody amazing. If you are interested in catching it, there are two screenings in London next week:

If you are feeling particularly inspired, then you can donate to their cause here– it is one that I can assure you is well worth supporting. One that takes immediate action, engages in discourse on an equal playing field and takes sportsmanship and integrity to a whole new level.

Peace out for real this time.