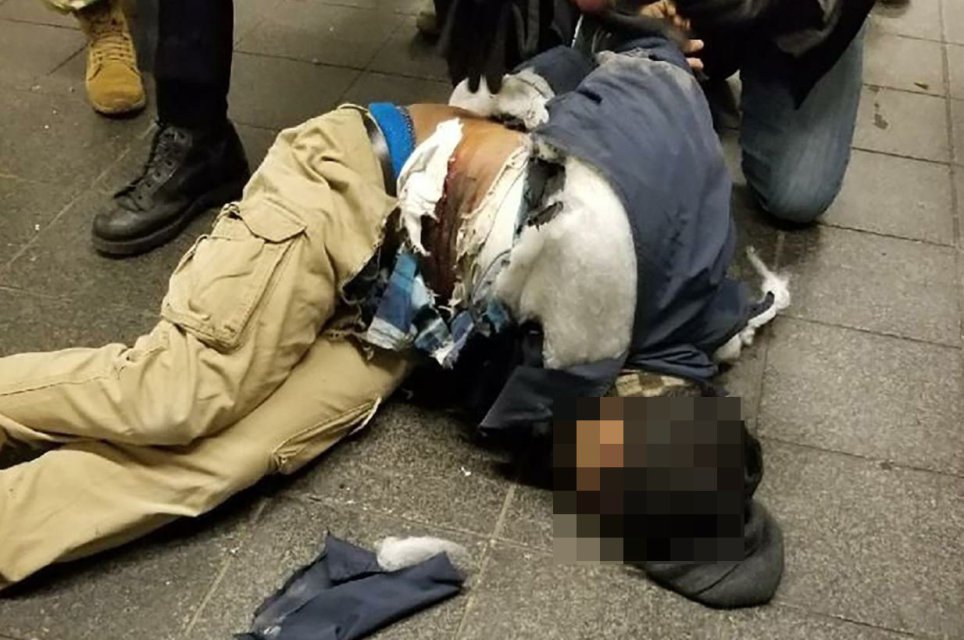 Another terror attack hit New York City earlier this morning as a pipe bomb went off in the Port Authority train station.

Fortunately, damage was minimal as the bomb reportedly went off earlier than it was supposed to and only four people were injured in the explosion. Security cameras caught the footage and you can see the video below, where a man is seen not he ground following the explosion. He was later arrested:

Yeah I mean that doesn’t look that bad really does it? Not really sure how they executed to do any damage with an explosion that small, but hey at least nobody got hurt really right? That’s the main thing.

The suspect has now been identified as 27 year old Akayed Ullah. He injured himself during the explosion and has now been placed in custody. New York mayor Bill de Blasio said the following:

Let’s be clear that this was an attempted terrorist attack. thank god the perpetrator did not achieve his ultimate goals. Thank god the only injuries we know of at this point were minor.

The choice of New York is always for a reason, because we show that a society of many faiths and background can work and our enemies want to undermined that. But New York City is blessed with the finest lay enforcement.

It’s very important for my fellow New Yorkers to know that there are no additional known activities at this time. At this point in time all we know of is one individual who was unsuccessful in their aims.

This is the most resilient place on earth, we’ve proven it time and time again. the terrorists will not win, we will continue being New Yorkers — let’s get back to work.

Sounds like the typical New York spirt there eh? Let’s be glad that this one wasn’t successful though and that terrorists continue to be completely stupid and screw everything up like this guy. Can’t be thankful enough that most of them are idiots.

For more explosions, check out this video of an explosion that killed 36 ISIS fighters. Epic.