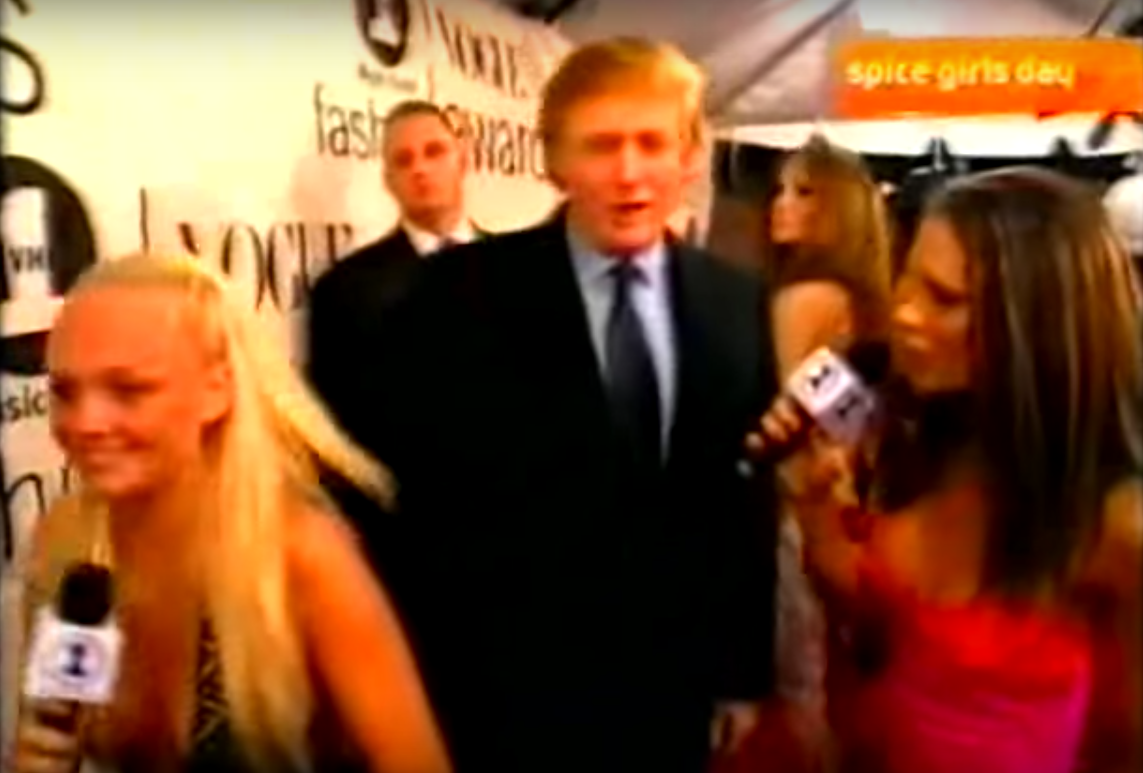 It seems like it’s every other week that footage of Donald Trump’s past life as a sexual deviant is uncovered, and today we’ve got a video of him hitting on none other than Spice Girl Emma Bunton.

Bunton is alongside fellow Spice Girl Victoria Beckham at the VH1 Fashion Rocks Party back in 2000. Despite the fact that both of them agree that Donald Trump doesn’t look fashionable at all, they agree to interview him because he’s got loads of money.

Trump doesn’t waste any time lowering the tone, taking a look at Emma Bunton’s butt and proclaiming that ‘it’s very nice’, which Bunton can’t really believe and looks a bit shocked by. Especially considering that Melania – who was only Trump’s girlfriend back then – is standing right there taking it all in. Check out the video below:

Yikes. I suppose we shouldn’t really expect anything else from Trump though, should we? Complimenting a Spice Girl’s ass within seconds of meeting her is peak Trump to be fair.

For more of Donald Trump being creepy, click here. Enough to keep you going for weeks probably.