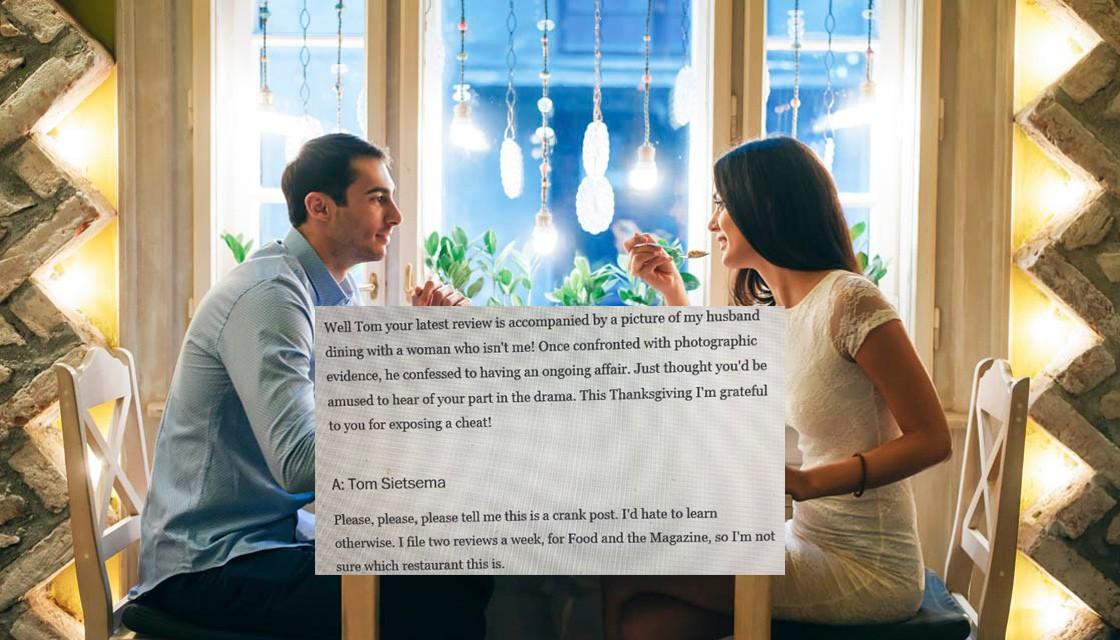 What a way to get busted.

When we say you cannot get away with anything in 2019, usually it’s in reference to a murder or criminal case that gets solved in 5 seconds because everywhere you go is on CCTV or recorded by your phone or Google no matter what.

Well here’s another example to add to the list – some guy getting caught cheating on his wife because he was in the background of a photo that a popular food critic used in his review.

So, this popped up on my live online food chat today. Cheaters, take heed! pic.twitter.com/1LzQ6qS7Kb

A Washington Post food critic unwittingly became embroiled in a married man’s affair when the cheater was photographed dining with his mistress in a recent restaurant review, his alleged wife is claiming.

The revelation was made on Wednesday during a weekly online Q&A with the Post’s Tom Sietsema when an unnamed woman claimed her husband was photographed with a mystery woman in the critic’s most recent restaurant review.

“Well Tom your latest review is accompanied by a picture of my husband dining with a woman who isn’t me!” the woman wrote.

“Once confronted with photographic evidence, he confessed to having an ongoing affair.”

Like I said – more evidence that you cannot get away with anything these days, not even cheating. If it’s not someone you know seeing you or a social media slip-up, it’s a food critic for The Washington Post accidentally taking photos of you at his latest 5-star meal experience:

Fair play to Tom Sietsema – just out in the world getting paid to eat good food and exposing cheats while he’s at it. Or ruining marriages and breaking families apart – depends how you wanna look at it.

For the man who exposed a woman’s affair to her husband after he overheard her talking at a Shell garage, click HERE.