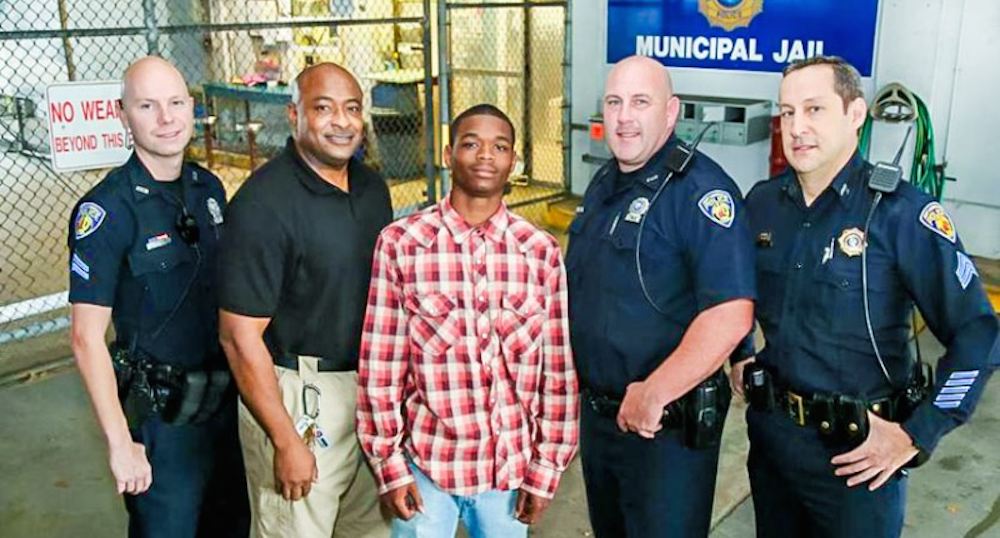 Even though this cop had arrested him, this teenager wasn’t going to let him die.

Not everyone over in Florida is a complete weirdo it seems, and some of them can actually be decent people – even if they’re also burglars.

This was evident at least with the actions of 17 year old Jamal Rutledge, who was handcuffed in a police station when the officer who was processing his paperwork – the 49 year old Franklin Foulks – suddenly collapsed. Instead of going about his business like some cons might do in this situation, Rutledge immediately got to this feet and started kicking the security gate he was being held behind in order to get the attention of other policemen in the building and inform them of the situation.

Thanks to this, other officers were able to administer CPR to Foulks and then revive him via a defibrillator, before he was taken to hospital. The hospital staff credited Jamal’s quick thinking and actions with ultimately saving Foulks’ life. He’s set to receive a commendation in the coming month recognising this, although there’s no news if this will affect his burglary sentence.