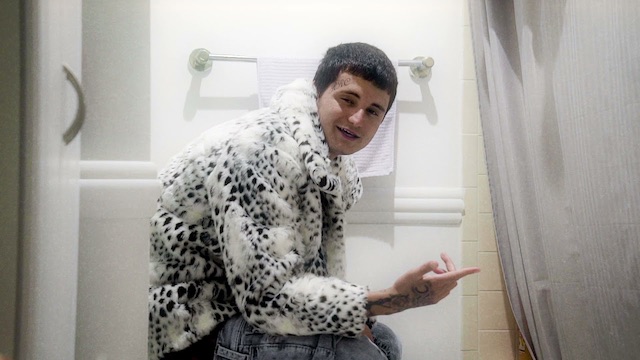 This is a really stupid story that just highlights how going to jail doesn’t actually do anything to slow down your antisocial urges and in some cases can actually make them worse.

Back in 2019, the son of Florida Sheriff Chad Chronister was sentenced to two years in jail after he slashed the face of a high school rival and also stabbed him in the lung. However, despite completing the sentence, the first thing that George Chronister did on being let out of jail was immediately release a music video called ‘Slash Yo Face’ which glorified the attack and made fun of his victim for crying in court when he was reading an impact statement.

Here’s a news report from a couple of years ago followed by the hilariously cringeworthy and bad music video:

Wow. What an idiot piece of shit. I hope one day he looks back on this and realises how embarrassing and downright evil all this is. I think my favourite part is that this is clearly being shot at its parents place, although it is a close toss up with the fact that it’s also glaringly obvious that he’s firing out Monopoly money from that money gun or whatever you want to call it. Only in Florida hey?

For more of the same, check out everything that has happened in Florida over the years. What a place.