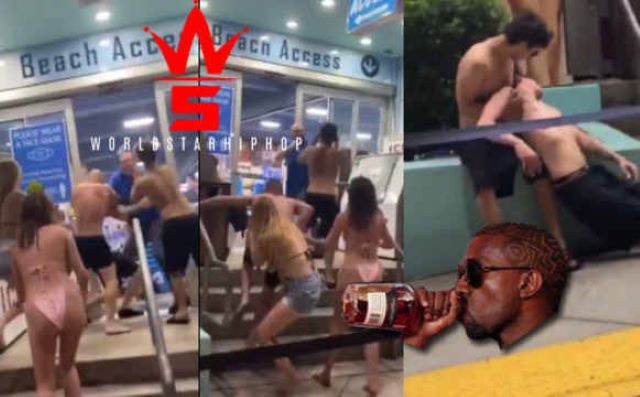 Is there anything cringier than a crew of white boys with no black friends who use the N word in earnest? Probably not, but for one Florida security guard this was so annoying that he ended up getting into an argument with them that turned physical.

Shockingly, the boys weren’t too effective – even in a 4-on-1 situation:

Yikes, that’s just embarrassing on so many levels. Imagine acting like a bunch of tough guys trying to take one man on and getting completely folded in front of your girlfriends. The final part where one of the lads is dragging his mate’s unconscious body away from the carnage pretty much sums it up. And even then there’s still one drunk moron dropping N bombs and pretending like he wants to keep fighting. Too funny.

But if you think that’s amusing, get a load of the massive fight that broke out at an Asian house party, where again, everyone keeps calling each other the N word. Not a black dude in sight!