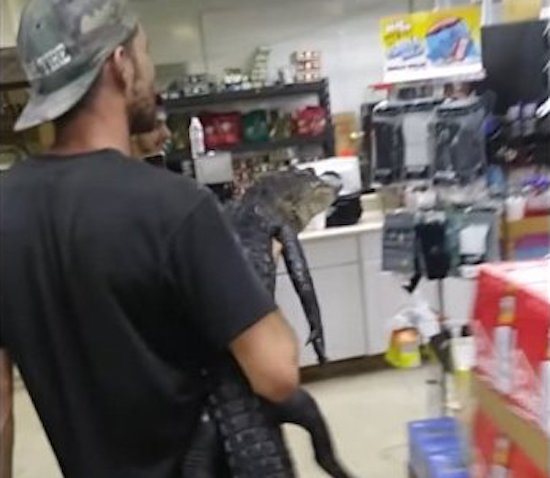 He had no clue where the alligator came from.

You know when you see the term ‘Florida Man’ that you’re going to be in for a good one and this video is no exception, with one of the most Florida things ever happening right before your eyes.

Some dude called Robbie Stratford was doing a beer run at his local liquor store but he decided to make this one a bit different and do it with an alligator tucked underneath his arm. YOLO.

Anyway, the video obviously went viral and so we got treated to this follow up video with him as well where he reveals he has absolutely no idea why he did this or where the alligator came from. So Florida, man:

Well if that guy isn’t the epitome of the term ‘Florida Man’ then I’m not sure who is. My favourite part is when he says ‘probably got to jail, probably not’ – that’s gotta be one of the dumbest things I’ve ever heard, it’s like immediately retracting your first statement and replacing it with the exact opposite. Makes no sense at all and sticking in two probablys just makes it sound even dumber. Best interview in a while.