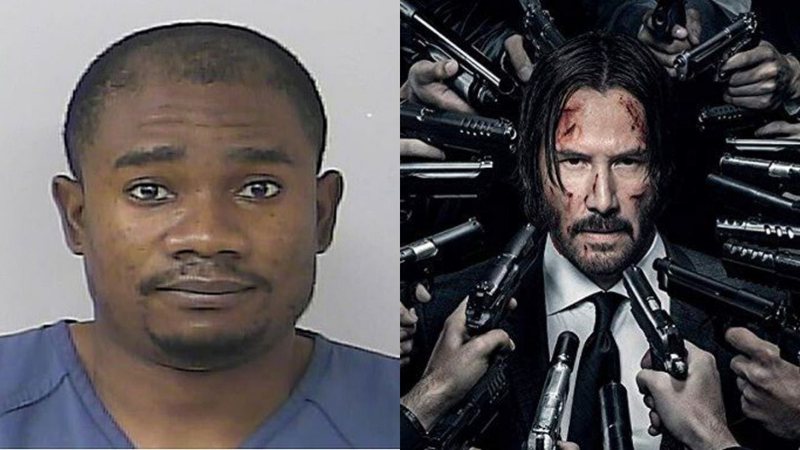 Even in the time of a lockdown pandemic, it seems like people from Florida can still find the time to do absolutely batshit crazy things and this time we’ve got a man by the name of Getro Gelin.

27 year old Gelin was confronted by the cops in Port St Lucie on Sunday and asked to search his SUV, where they found a Glock 21 pistol, a semi automatic rifle and a bulletproof vest. When asked where they came from, Gelin claimed that he had recently sold the car to his cousin John Wick and that he was just borrowing it for the afternoon.

Lol. If you’re going to lie about it then don’t just admit that you were lying pretty much straight after. Not really sure what this guy was thinking though, saying that the guns belonged to a fictional Keanu Reeves character that was his white cousin – ain’t nobody gonna believe that ever, even if you spin it real well. Guess he was probably on meth or something.

Gelin was a rrested for aggravated assault with a deadly weapon and domestic battery and is being held in the county jail in lieu of $3,500 bond. The cops originally approached him after a woman reported a domestic violence incident and threatened her with a firearm; they thought that Gelin might have stowed the firearm in his car which is why they asked to look in it.

For more of the same, check out the Florida man archives. Can’t get enough of that shit.