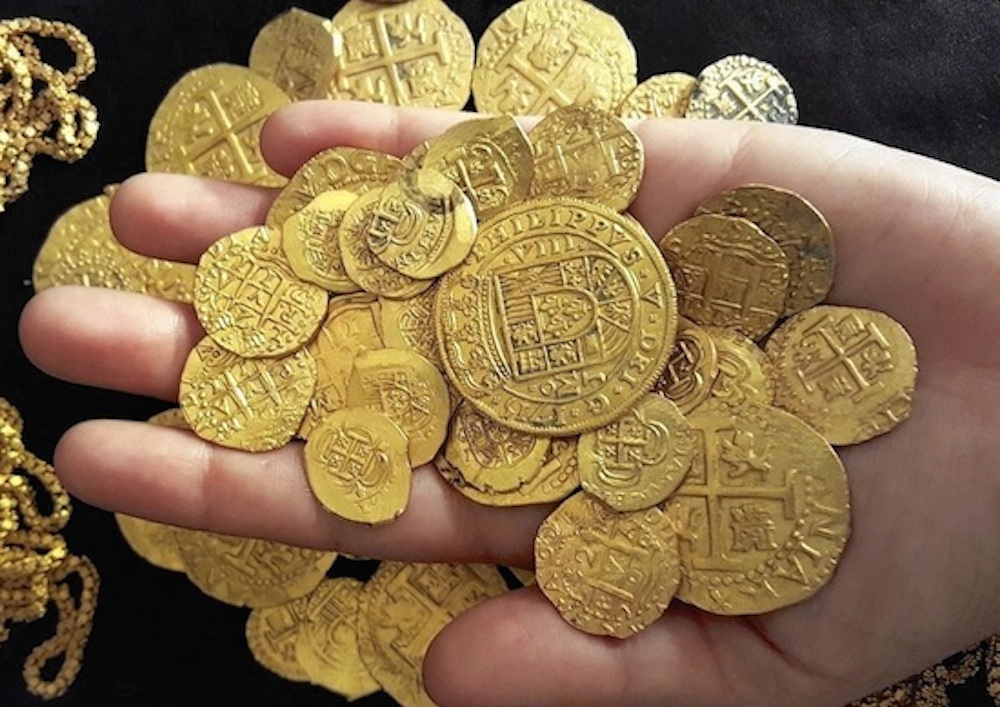 Turns out The Goonies can happen in real life.

A Florida family of professional treasure hunters (nice occupation if you can get it, but definitely the kind of weird occupation you can imagine existing in Florida) struck the absolute big time the other day when they discovered over $1 million worth of gold coins and jewellery on the 300 year old Spanish shipwreck Capitana off the coast of the Sunshine State.

The Schmitt family – who are contractors for the treasure hunting company 1715 Fleet—Queens Jewels LLC found 51 gold coins, 40 feet of ornate gold coin and a Tricentennial Royal – a very rare gold coin which is valued at $500,000. The Schmitts actually first found the gold chain back in September 2013, and have been searching the wreck ever since, with the haul of coins being found just a month ago. The announcement of its finding though was delayed until yesterday to coincide with the 300 year anniversary of the ship’s sinking.

The Capitana was the head ship of an 11 ship Spanish armada that was crossing the ocean to America and it also had the most treasure contained within it, although that doesn’t mean there’s still a shit tonne of riches in the other ones, all of which sunk too.  So far six of them have been positively identified with the other five ships still out there somewhere. It’s estimated that there’s around $400 million of goodies in those too, so if you fancy joining the ranks of treasure hunters (and I don’t mean people that search for envelopes of cash after they get clues on Twitter) then that might be a good place to start.

Here’s a quick news clip from New York Daily News about the event: