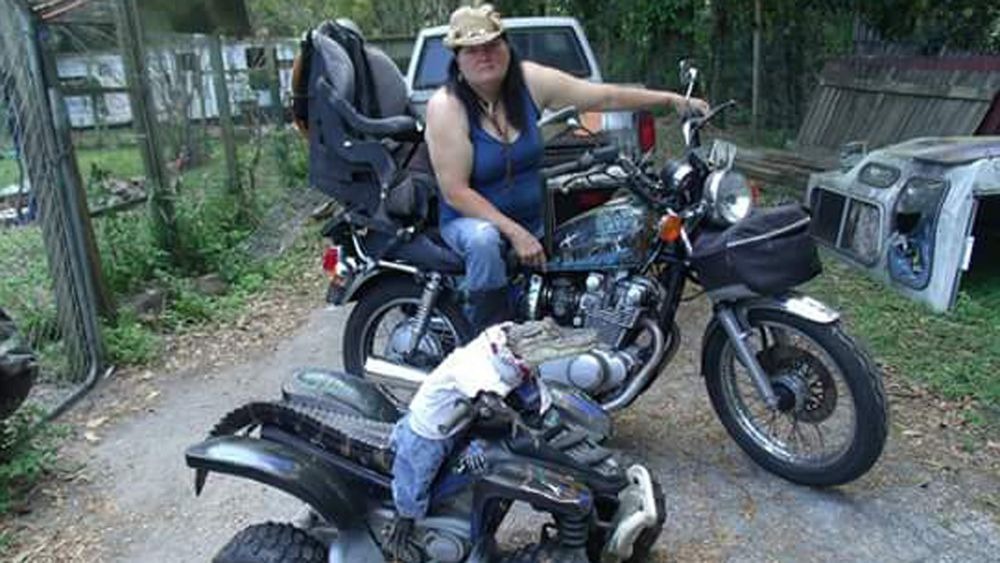 This story is so Florida it hurts.

A Florida woman says state officials are forcing her to give up her beloved pet alligator because he’s grown too big, even though he’s potty-trained, understands sign language and rides motorbikes.

Well that’s for fucking sure. 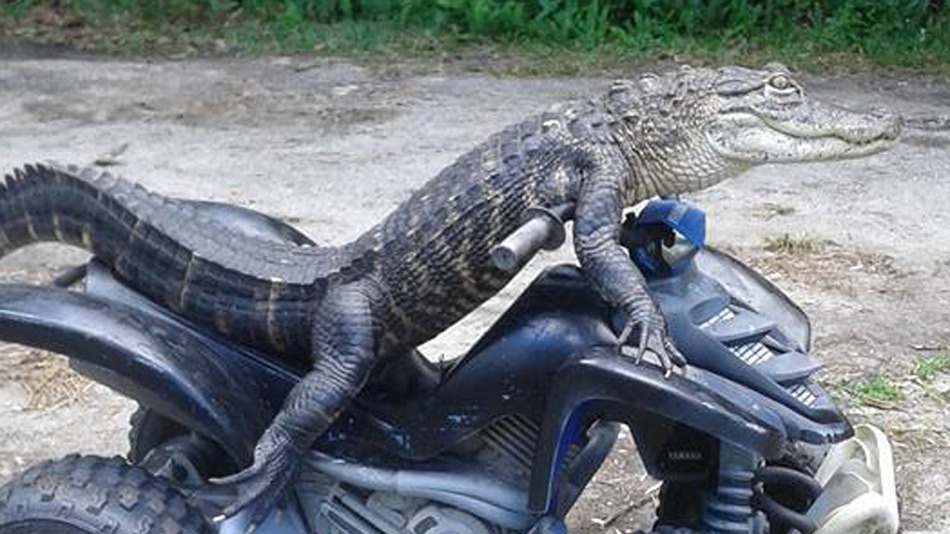 Florida legislation requires alligators that reach six feet long to reside on at least two and a half acres of land, and unfortunately for Mary, 15-year-old Rambo shot past this length after a recent growth spurt.

Mary says that Rambo lived the first four years of his life trapped in a dark closet and is now ultra sensitive to light. For this reason he likes to stay indoors and is skittish around other reptiles. Mary is worried he won’t survive under new ownership. 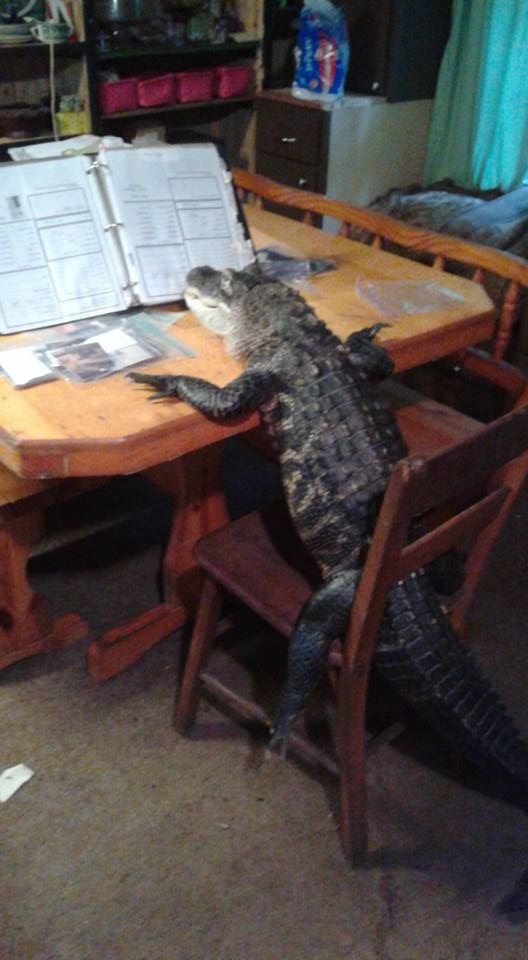 I wouldn’t want to be the wildlife people who go over to Mary’s house to remove Rambo. I mean look at him on that bike. Rambo’s a mean dude. I don’t think he’s going anywhere to be honest, not if he doesn’t want to.

Besides we’re talking about Florida, aren’t we? Everyone knows that anything goes in Florida. Though I guess they do need to enforce some rules after what happened with the last Florida alligator-owner we wrote about. Gross.