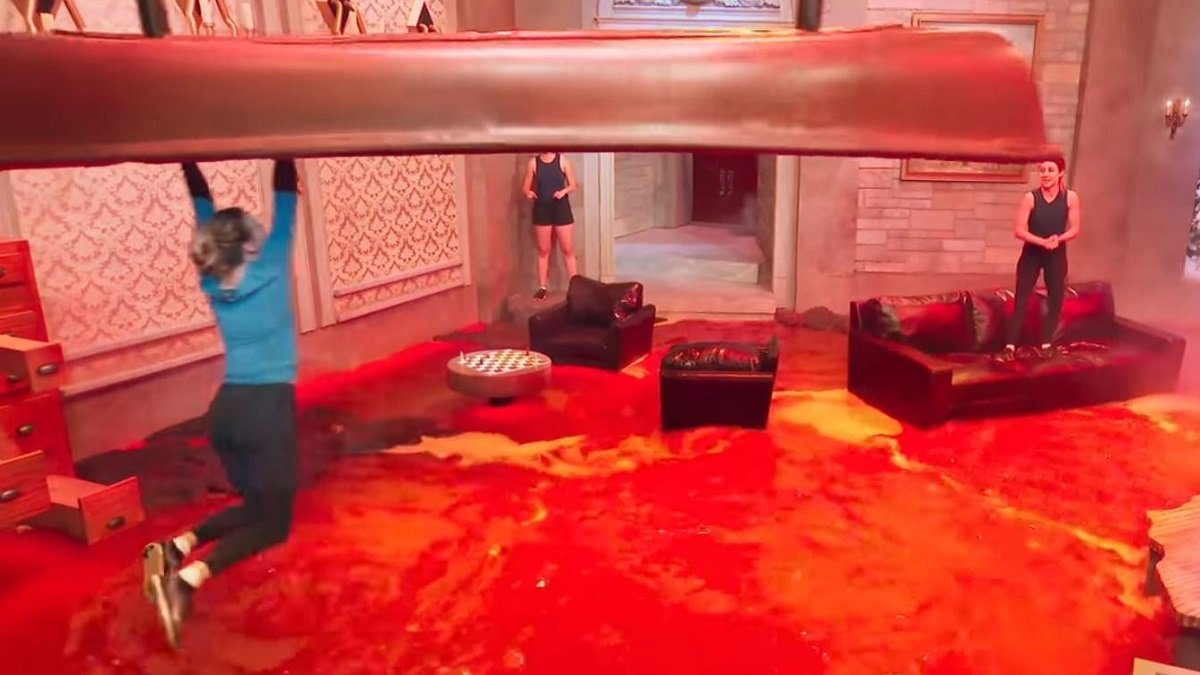 Remember back when you were a kid and you used to jump around your lounge trying not to touch the floor because ‘the floor was lava’ and you would ‘die’ if you did?

Great memories and apparently a whole bunch of people have thought that they were the greatest as they’ve decided to build the premise of a new game show solely around this concept for Netflix. The imaginatively titled ‘The Floor Is Lava’ has been described as a cross between ‘Total Wipeout’, ‘The Crystal Maze’ and ‘Ninja Warrior’ and looks exactly that, as contestants try to get from one side of the room to the other without falling into the lava/weird red liquid.

I mean that does look like it’s going to be really funny and the kind of thing I would just sit in my lounge at university and watch all day. Really like the way it looks like the contestants legitimately drown when they fall into the lava and how they’ve added some mental elements as well as just jumping around on blocks.

Im hearing that the lava slowly rises during the game as well, so that makes it extra hectic and you’ve pretty much got the perfect game there. It’s already on Netflix so I guess that’s tonight’s viewing sorted. Sweet.

For more of the same, check out what happens when you mix lava and ice. Probably not what you were expecting.