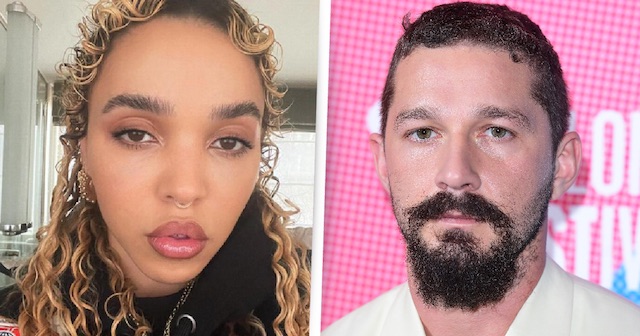 With all the Armie Hammer and QAnon stuff that has already been going on this year I had almost straight up forgotten that FKA Twigs had accused Shia LaBeouf of being an abusive partner toward the end of last year, but thankfully she’s back to remind us about this and provide some more details.

FKA Twigs was speaking on Louis Theroux’s ‘Grounded’ podcast when she said the following:

FKA twigs talks about the moment she decided to seek help for domestic abuse.

After the incident driving back from the desert where he was threatening to crash the car unless I said I loved him, and ended up basically strangling me in public at a gas station and nobody did anything. That was a really low moment for me because I felt like I’d never be believed.

I remember going back to where I was staying and calling an abused women’s helpline, and her reaction to me was so serious. She was like, ‘OK, from what you’ve said, it feels to me like you’re in an unsafe place. Does your abuser know where you are? Who have you told about this?’

It felt really like… somebody is taking this so seriously and wants to get me somewhere safe, and that was a really massive wake-up call. That was the time when I realised, ‘I need a lot of help to get out of this’.

I had to spend a lot of time before I could leave, just trying to gather enough of myself together so that I knew when I left, I really wouldn’t go back.

Doesn’t sound like it was too good a time for her, but at least she managed to gather the courage to leave. Shia on his part has released a statement previously apologising for his actions and blaming it on alcoholism, so it remains to be seen if anything further happens between the two of them over this issue. Shia doesn’t seem to have been cancelled yet, but surely it’s only a matter of time?

For more of the same, check out this video of Shia going on an absolutely insane racism rant. Can kinda tell something is up with the guy even then.