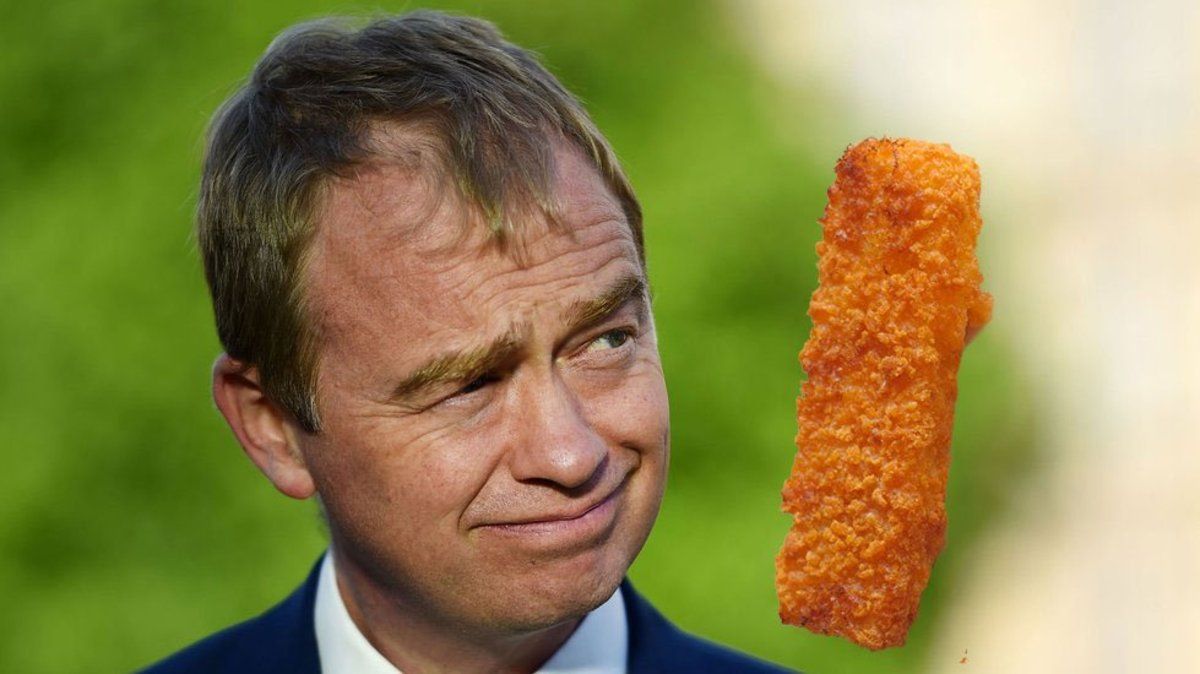 As if this election couldn’t get any dumber.

As if the upcoming general election couldn’t descend into any more of a joke, it’s today emerged that Liberal Democrats leader Tim Farron will be standing against a fish finger to try and retain his seat in Westmorland and Lonsdale.

The anonymous man has set up a Twitter account called ‘MrFishFingerMP’ and a crowd funding page to raise the £500 deposit that will allow him to take part in the election. At the time of writing, he had already smashed this target and made around £1200. Perfect.

The guy has pledged to wear a fish finger suit throughout his election campaign and also change his name via deed poll in the run up to it. When asked why he was running he had the following comment:

I want to knock Tim Farron him off his perch and put him in his plaice.

Groan. I’m sure his Twitter account is going to be full of comedy ‘gold’ like that in the next few weeks, although it seems like he’s already running into a couple of problems with his plan:

Probably should have thought this one through huh pal? Sure you can sort something (tr)out though. Ugh, sorry.

Seriously though, it would genuinely be hilarious if Farron was forced to debate a fish finger in the run up to the election, but I’m not gonna deny that it would probably make the UK even more of a laughing stock in the world than it already is. Gonna be a fun few weeks.