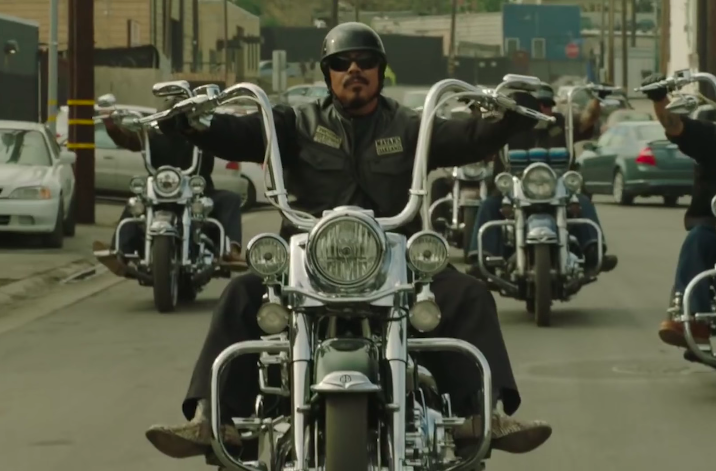 It’s fair to say that we’ve been fairly excited for Kurt Sutter’s Sons Of Anarchy spinoff ever since it was announced a couple of years ago, and our excitement has only grown as more and more teasers are being released.

We already know that the series will focus on the Mayan MC four years after the death of Jax at the end of Sons Of Anarchy (oh come on, if you haven’t watched that yet I’m not apologising for spoiling it for you, it was four years ago) and focus on the life of a young Mayan prospect named Ez played by JD Pardo, but that’s pretty much all we’ve got so far. The trailer below doesn’t really help that much either as it’s just a short teaser as part of a promo video advertising all of FX’s new shows this year, but still it’s better than nothing.

It starts around the 1:10 mark in the video:

Well yeah, that looks pretty much exactly like Sons Of Anarchy doesn’t it, only focussing on the Mayans instead of SAMCRO. I mean it’s got it all – riding around on motorcycles looking like badasses, telling the club that they’ll do whatever it needs etc etc. I’m not really sure what I was expecting to be different, but I suppose if it ain’t broke then don’t fix it eh?

I think the show is going to premiere sometime around April. If you want any more info on it, just click here. There’s a bit more out there.