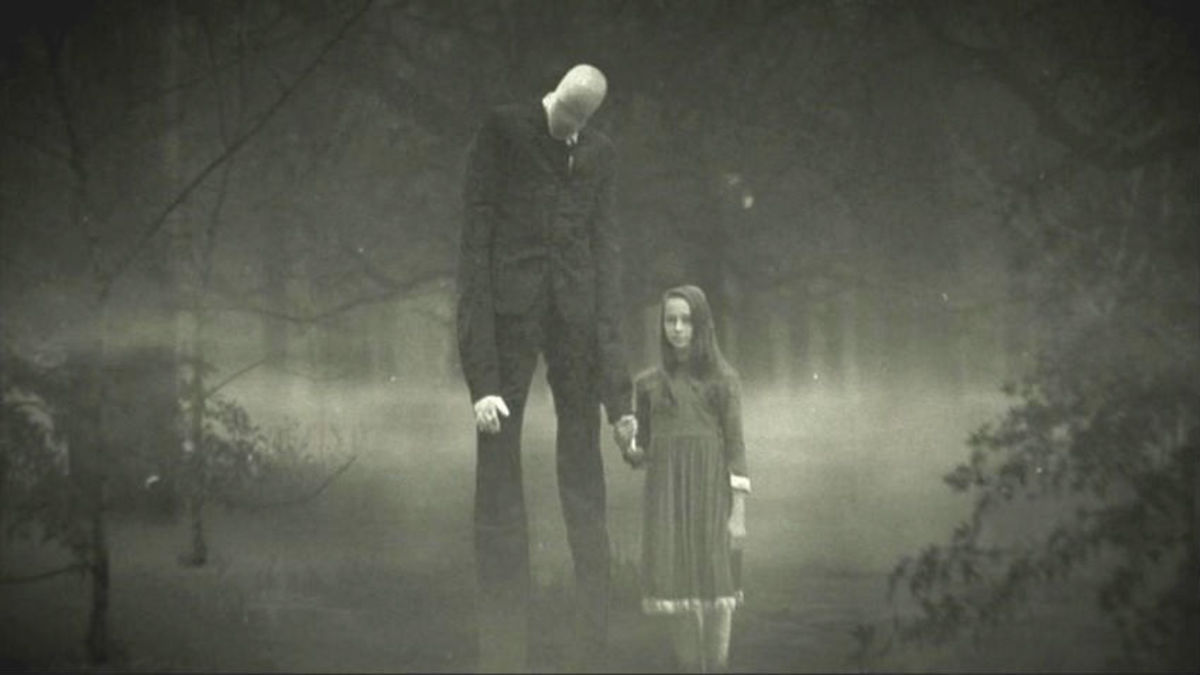 As far as terrifying internet memes that inspire murder in people in real life go, you can’t really beat Slender Man – there’s not really anyone else in the ballpark really.

With that in mind it’s kind of surprising that it’s taken so long for Hollywood to make an actual movie about Slender Man, but they have finally pulled their fingers out and it’s set to be released next month. Unfortunately it looks pretty much like a by the numbers horror movie, but that’s not necessarily a bad thing because you know that sometimes those movies are completely awesome, and when Slender Man is the subject matter then it definitely has a better chance than most of being a movie that is going to make you crap your pants:

Yeah OK, that wasn’t super impressive was it – although shout out to the girls for using the internet to look up info on Slender Man in a really scary attic with no lights on. Gotta respect their commitment to the cause.

Slender Man himself looks like kind of a lamewad though and not really scary at all. I mean maybe they’re saving it for the movie to show us how terrifying he is, but I’m not really buying those stupid tentacles as being that horrific, are you? Not even really sure if Slender Man has those tentacles originally, they might just be an added extra for the movie.

Anyway despite my reservations I’m almost certainly going  to end up seeing it. Catch you August 18th.

For more Slender Man, check out the shocking true stories about him. Probably more terrifying than the movie.