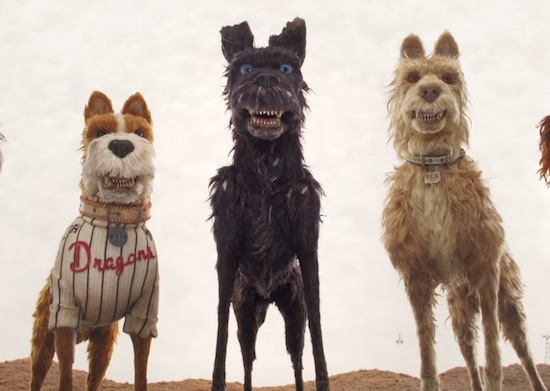 Wes Anderson is one of the most loved directors of recent times, so it’s no surprise that everyone gets a bit excited when one of his new movies is close to being released.

His new film is the spiritual sequel to Fantastic Mr Fox, entitled ‘Isle Of Dogs’. Anderson again returns to stop motion for the movie and there’s a host of voice talent on display too with Bill Murray, Jeff Goldblum and Scarlett Johansson all appearing amongst many others.

Well that looks like a lot of fun and suitably twee and wacky, much like every other Wes Anderson movie ever. Can’t ever blame the guy for never straying far from his template.

It’s not out until March next year though, so seems like we’re going to have to wait a while which is a bit of a bummer. In the meantime watch this video of dogs in a swimming pool to cheer you up. Can’t really go wrong with that.