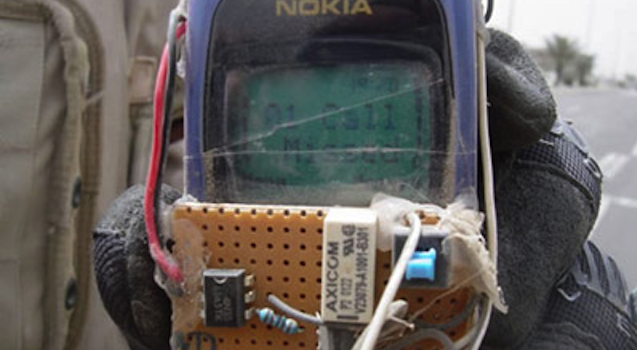 IEDs are the most dangerous threats to a soldier’s life in war. Watch what it’s like to experience one going off in the first person.

IEDs (improvised explosive devices) were the biggest threat to the safety of soldiers over in Iraq and Afghanistan. Insurgents would often rig them up and then leave them at the side of the road just waiting for someone to come and trigger them, effectively blowing their brains out and ending their lives.

In this video, you see an IED go off as a US soldier heads down some kind of alleyway. Amazingly, the guy actually manages to survive the explosion but it’s still pretty shit scary when you see how quickly it happens and how everything gets turned upside down instantly.

According to a guy on Reddit, the guy whose POV this is shot from survived the blast, but the guy walking behind him who you can hear him talking to – and allegedly set off the IED, which you can apparently see in the bottom left hand corner of the video at 0:07 – didn’t make it. War sucks.

â˜› More Bombs: US Atomic Bomb Tested On US Troops