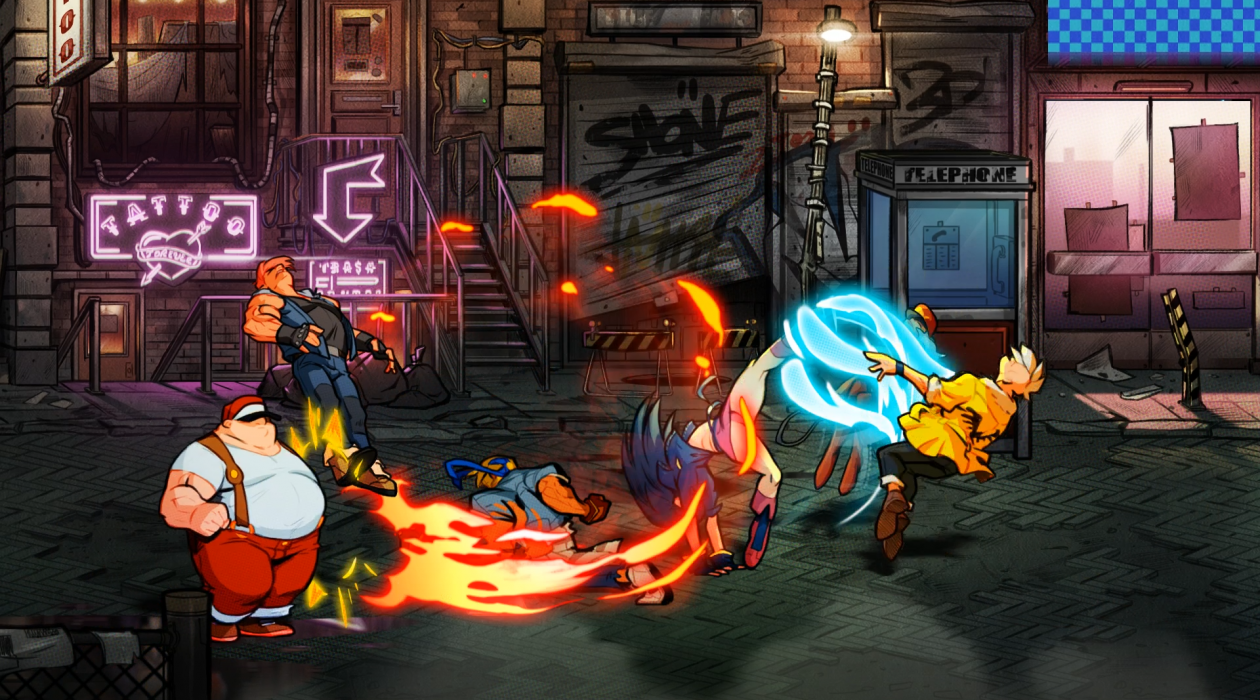 Everything we hoped it would be.

Back in the day, sideways scrolling beat em up games were the absolute shit and anyone who said differently was an idiot. There was just something about moving right constantly and beating the crap out of seemingly never ending enemies and only stopping to eat some delicious hamburgers or whatever junk food was found in the local trash bins to replenish your health. It really was a golden age.

Sadly, once video games got a bit more developed there was never really a straight up development of this genre of video game so they kinda got left behind, but many people like me fondly remember hours spent trying to beat games like Cadillacs and Dinosaurs, Final Fight, The Simpsons, Teenage Mutant Ninja Turtles and Ghouls And Ghosts in our local arcade and very rarely succeeding.

Although all of the games I just mentioned were great, Streets Of Rage really was the pinnacle of the genre and so it’s with great excitement I can announce that Sega are rebooting it and it looks completely sick. It’s pretty much the same as your classic sideways scrolling beat em up, just with improved graphics and combo systems so there’s even more moves.

The trailer looks wicked, as Axel and Blaze reunite to beat the crap out of everyone. Make sure you listen with headphones so you can really appreciate that 8 bit theme tune:

Yep, they don’t make them like that anymore. Except that they do now, clearly. Result.

Unfortunately, there isn’t any news on when it’s going to be released or even what formats it will be available on as of this moment, but the very fact this trailer exists should indicate that it’s going to be out at some point in the near future. Just need to know when dammit.

For more of the same, check out Raging Justice which looked like an update of Streets Of Rage a couple of years ago. Decent.