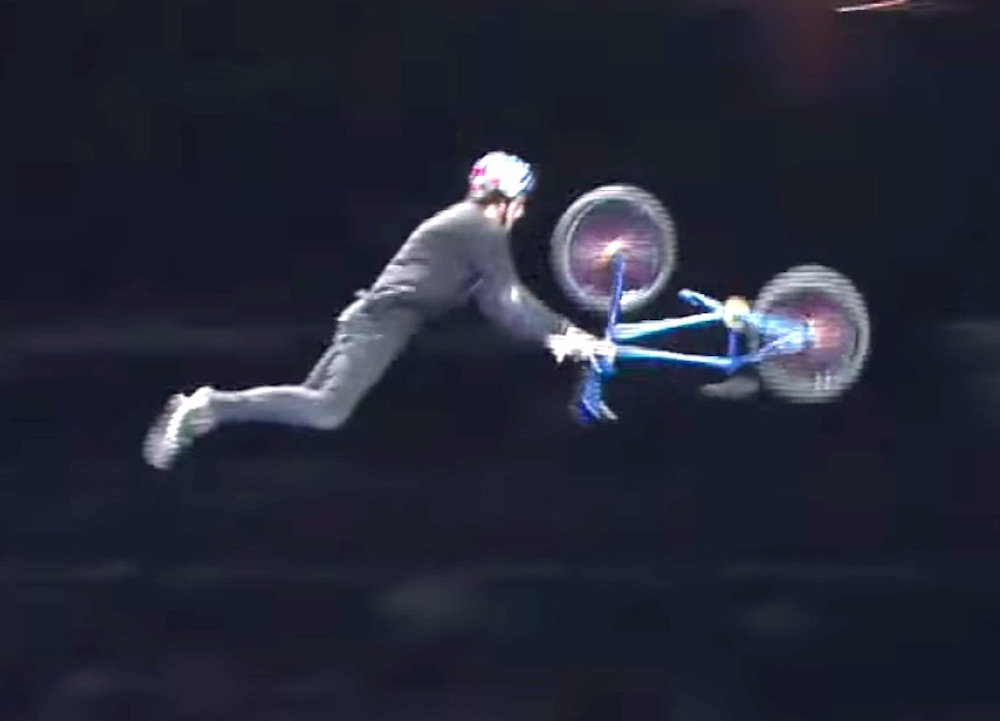 We’re always writing about people doing insane stunts that we’ve never seen the likes of before and now it’s time for another one.

This is Ryan Williams or R-Willy to his friends and apparently he’s been pushing the extremes on his scooter and BMX for a while but this trick is just completely insane. He basically rides up on his bike up a ramp, and then flips it in mid air and grabs it again before landing it on the other side of the ramp. Absolutely crazy and really something that has to be seen to be believed.

Wow. I can’t wait until we feature this guy again because he’s gonna have to come up with something completely spectacular to top that one.

In the meantime check out this bike stunt which is completely different but no less awesome.