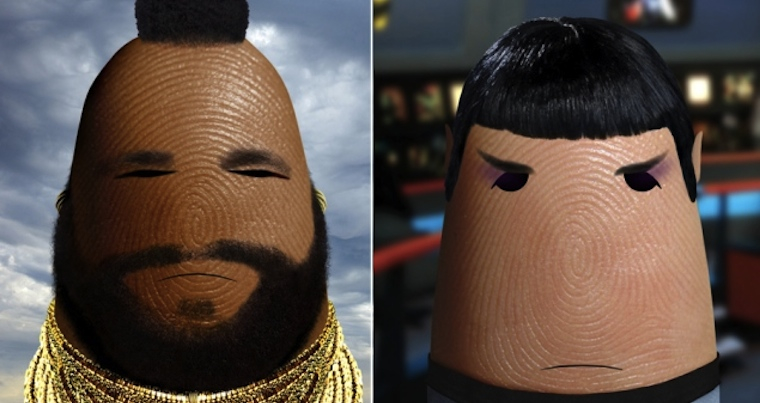 This is pretty awesome. Some Italian artist going by the name of Dito Von Tease has created a series of pictures on his finger prints that look exactly like celebrities. He calls it ditology (dito is italian for finger) and there’s a bunch over at his page at ditology.blogspot.com but I nabbed the best ones and stuck them up here. I’m pretty sure that they’re not actually real fingers that he’s dressed up in miniature costumes and he’s just photoshopped the accessories over the top of these to make them into the likenesses he’s tried to portray but it’s still pretty cool seeing all these instantly recognisable characters on fingerprints. It’s probably not even that hard to make them and he probably did each one in about 5 minutes, but it’s still kinda cool/cute to check them out and be like ‘ha ha, there’s Hannibal Lecter’ or whatever.  And nobody else has done it so you know, props or whatever.

Let’s face it though, it would be way cooler if he actually made these models of celebrities on his finger tips. Here’s hoping  Dito Von Tease investigates the possibility of doing that for his next project because whilst these are fairly cute I think he could be doing something better because surely they only take about 15 minutes to make on photoshop if you know what you’re doing? And if you’re a professional artist then you probably know what you’re doing. So come on ditology, these are cool sure but give us something a bit cooler next time, yeah?

Until then enjoy this gallery of a bunch of famous people as fingerprints. All your favourites are included, you know like Ronald McDonald and Steve Jobs, so  I didn’t bother saying who they were because it’s fairly obvious – no scratch that it’s really obvious – but if you have any trouble identifying them check out ditology’s blog as they’re all listed there.  There’s also a bunch more but these are definitely the best ones: 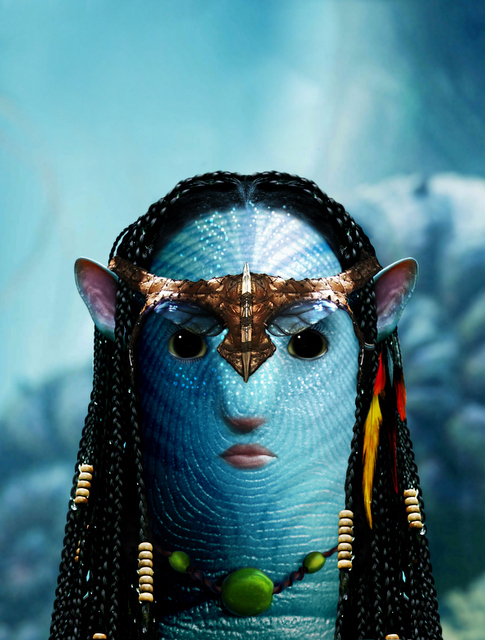