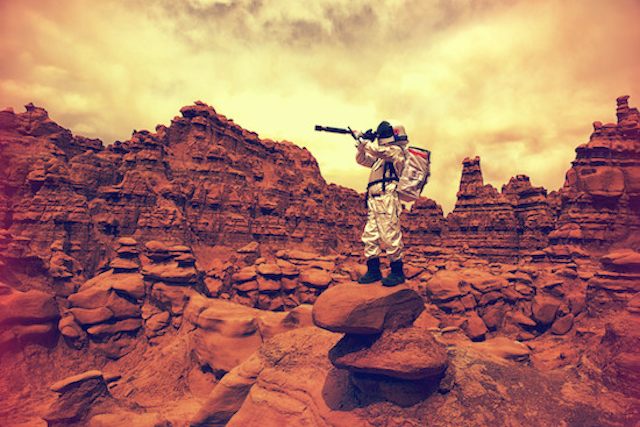 This bunch are willing to die in the name of space exploration.

A couple of years ago we announced that a Dutch company was beginning to train astronauts to star in a reality TV show about a mission to Mars that would eventually depart in 2024. The twist was that the four people chosen for the mission would never return to Earth, and that it would effectively be a suicide mission for them. Brutal, but their names would go down in history I suppose.

To be honest since then we had pretty much forgotten about it, but it turns out that Mars One have been hard at work and have whittled down the applications of 200,000 to a shortlist of 660t. In this short documentary, you get to meet three of the people on that list who are all happy to sacrifice their lives in order to reserve their place in history. They include a nerdy physics student from England (who has also never kissed a girl), an Iraqi American woman and a young doctor from Mozambique.

Learn their fascinating stories below: