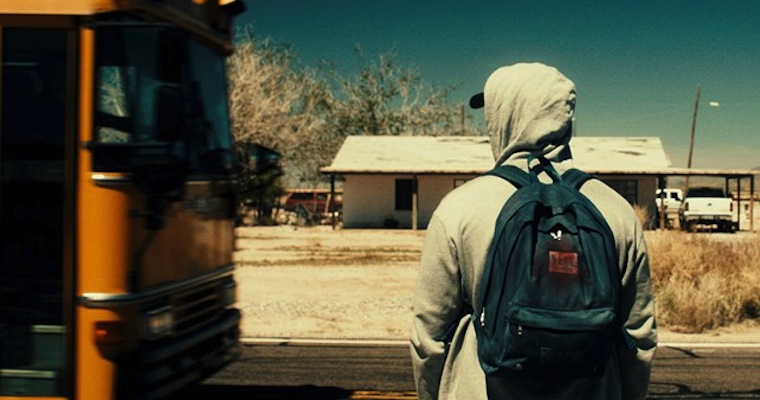 There are two sides to every lie: the tale of a Frenchman conning a whole American family. And maybe more…

As part of my cinema club I went to see The Imposter last Monday at the Hackney Picture House. My first and last movie there was the Chemical Brothers movie Don’t Think  and it was really nice to enjoy a calm and relaxed time sat on super comfy seats this time instead of the odd raving-at-the-movies I had previously experienced.

Anyhow, when I told my mates I went to see that movie and they asked “How was it?!” I had to reply with the following vague statement:

“It’s not like when you came out of Prometheus and were like “yeah it was crap but I spent so much money on that bloody ticket that I gonna say it’s aaallright” but it wasn’t like “OMFG I LOVED THAT SHIT” like when you went to see Titanic (c’mon admit it). This is the type of movie that leaves you silently wondering WTF happened…”

Here’s five good reasons to go and watch The Imposter:

#1 Although the trailer makes it feel like a slick thriller, The Imposter is a documentary relating the true story of the disappearance and ‘reappearance’ of Nicholas Barclay, whose grieving family got conned by Frenchmen Frederic Bourdin, an imposter pretending to be their loved one returned after a 3+ years absence.

The film is incredibly well shot and edited with a very subtle blend of present interviews and past scenes, in such way that makes you wonder whether the story before your eyes is true or if this is all made-up – think movies like The Fourth Kind (on the shit end of the scale) or Catfish (on the pretty cool end of the scale).

#2 [Spoiler alert] It’s a true story with real people but the casting is so incredibly well done that the actors playing Frederic and the family look exactly as their younger selves would have looked like.

In hindsight, The Imposter is definitively one of the most interesting documentaries I have ever seen.

#3 During the whole film, the photography is amazing. With a mix of video tape from the family camcorder or CCTV, memories, flashback and sur-imposed scenes of what happened and what is be told to have happened, director Bart Layton managed to recreate an incredible atmosphere and build the tension. My favourite scene is when Nicholas/Frederic talks about how any French kid dreams of going to an American school while he waits for the recognisable yellow school bus and then just jumps on in there, looking like a boss. As my hispter mate said: that movie looks like it was shot with Instagram.

#4 The tagline of the movie is “There are two sides to every lie”. I am impressed by how the story manages to remain totally unbiased, not choosing one side or the other or making judgment on any of the living characters involved in this sordid story. When I was a kid, my dad forbid us to watch any Disney movie precisely because of their Manichean view on stuff and life in general. There’s no pure evil and no pure good in this damn world. This is also quite a great journalistic deontology applied to that brand new bastard genre of docu-drama-thriller.

#5 Finally, I know shit all about hillbilly Americana music but the soundtrack is amazing as well. I am still to find a good track list but I might just drop off that electro hipster that I’m currently into to get some good country vibes instead.

Have you watched it? What’s your favourite bit? Would you date Carey Gibson? Let us know or go and sell waffles in Spain.