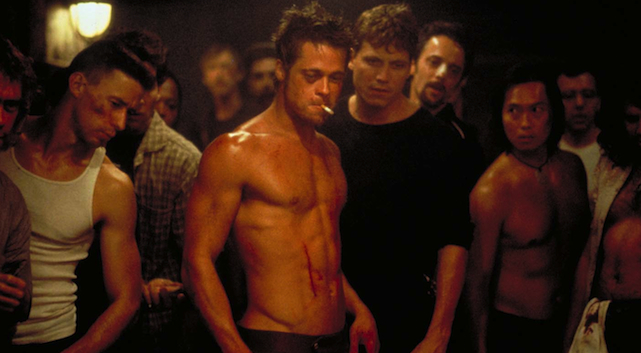 Everyone knows how Fight Club ends (and if you don’t then you probably shouldn’t read the rest of this article) and that’s what makes it a modern day classic of cinema. As you all know, Brad Pitt doesn’t actually exist in the movie and is all just a figment of Ed Norton’s imagination and so it’s kind of surprising that nobody has done this yet – or that it wasn’t included as a DVD extra or anything – because it seems like a fairly straightforward and simple idea that could enhance the viewing experience.

Basically, a dude called Richard Tremell has completely erased Tyler Durden from the first fight scene between him and Edward Norton in the movie, so you’ll see exactly what it would have looked like to anyone who was watching the two of them in the street as this was actually the reality of the situation and not what Edward Norton was seeing. It’s kind of trippy and weird but definitely cool. It just goes to show that the narrator in that movie is one messed up dude.

Unfortunately, Tremell has no plans to go through the entire movie digitally erasing Brad Pitt, but hopefully someone will get on that before too long.