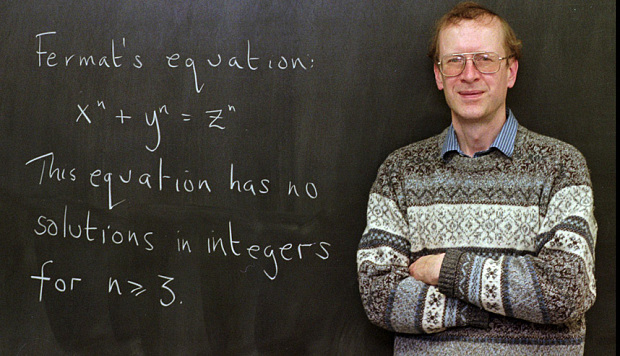 This guy is getting so many Maths groupies right now it’s unreal.

An equation that had baffled mathematicians for centuries has finally been solved by Oxford professor Andrew Wiles.

There are no whole number solutions to the equation xn + yn = zn when n is greater than 2.

Otherwise known as ‘Fermat’s Last Theorem’, the equation was first posed by Frenchman Pierre de Fermat in 1637, and the brightest mathematicians in the world tried and failed to solve it for 300 years.

That’s until Andrew came along and solved it, winning the hugely prestigious 2016 Abel Prize and banking £500,000 in the process. Not bad.

It is a tremendous honour … Fermat’s equation was my passion from an early age, and solving it gave me an overwhelming sense of fulfilment.

It has always been my hope that my solution of this age-old problem would inspire many young people to take up mathematics and to work on the many challenges of this beautiful and fascinating subject.

Still, I’d happily live out an obsession with Fermat’s equation “from an early age” if I knew there was £500,000 prize waiting at the end of it. Not only that, but Andrew Wiles is an absolute legend in the Maths game now. Bottles popping and maths groupies chasing after him everywhere he goes. That’s just what happens when you solve 300-year-old equations.