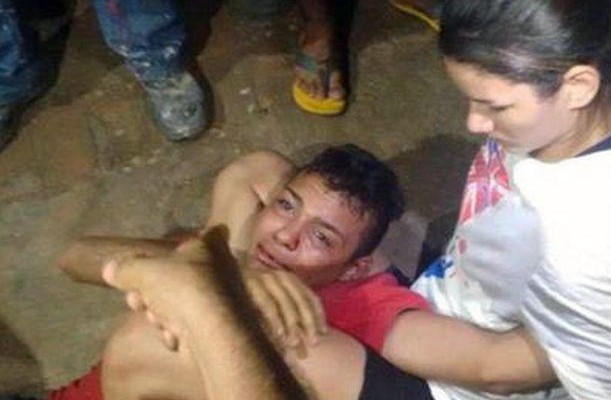 MMA fighter Monique Bastos was on her way to jiu-jitsu training in Acailandia, Brazil on Tuesday when two men approached her and her friend, asking for their phones.

I was going to my jiu-jitsu training when they arrived on a motorcycle and said they wanted our phones. I tried to hold my phone, and I realized they were not armed. When they tried to escape, I lifted the rear wheel of the bike and they fell on the ground. The guy who took my phone ran away, but I was able to get the other one.

She managed to drag him onto the pavement here she locked him in a triangle choke and basically made this guy her bitch until police showed up:

So yeah, might want to pick and choose your targets more carefully next time dude. Or maybe just leg it out of there when you realise you’ve just messed with the Brazilian Ronda Rousey. Just look at her face the entire time she’s got this guy locked in the leg scissors — cool, in control, almost like she’s done this a million times before. If anything she took it easy on him.

P.S. Still the greatest of all time when it comes to murdering people with her legs:

Still, he’ll be glad it wasn’t Renzo Gracie he tried to rob — like these guys found out.