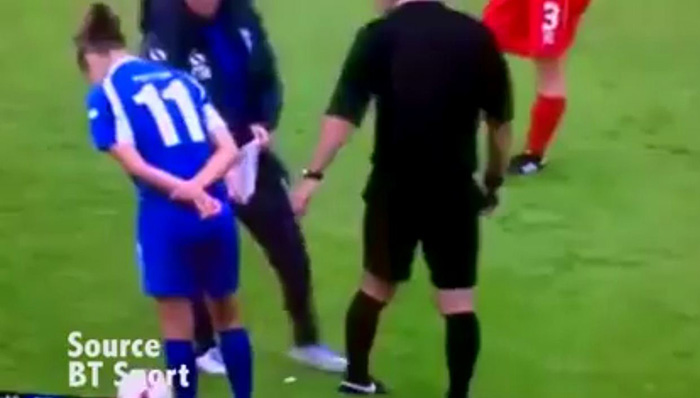 So spare a thought for what occurred to this girl during a game between Birmingham and Liverpool. The game was momentarily halted after a tampon somehow appeared on the pitch following a strong challenge between City’s Kirsty Linnett and Liverpool’s Corina Schroder.

Probably not the way you want to make football history, but history made nonetheless.

Slightly less change of that happening in the Iranian women’s squad, considering half their players are actually dudes.