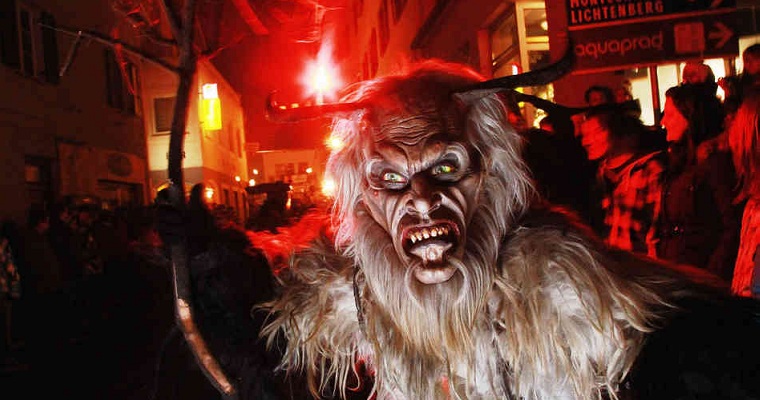 As we all know there’s no good without evil. But in many countries Father Christmas has become the only legend we remember about the crimbo season. Jesus, of course, gets a mention, but no one knows when he was born, so the Christmas celebration sort of piggy backed a ride on older pagan festivals from Europe. In Austria, however, they still remember Krampus…. Father Christmas’ right hand man. From Christmas carols we know that if you are good you get prezzies but if you’re bad you get none. In Austria, and other alpine countries, however it is remembered that Krampus is just around the corner whenever Chris Cringle is about. Krampus is a goaty demonic critter who is Cringles left hand man and his job is soley to scare, punish and abduct the naughty kids. 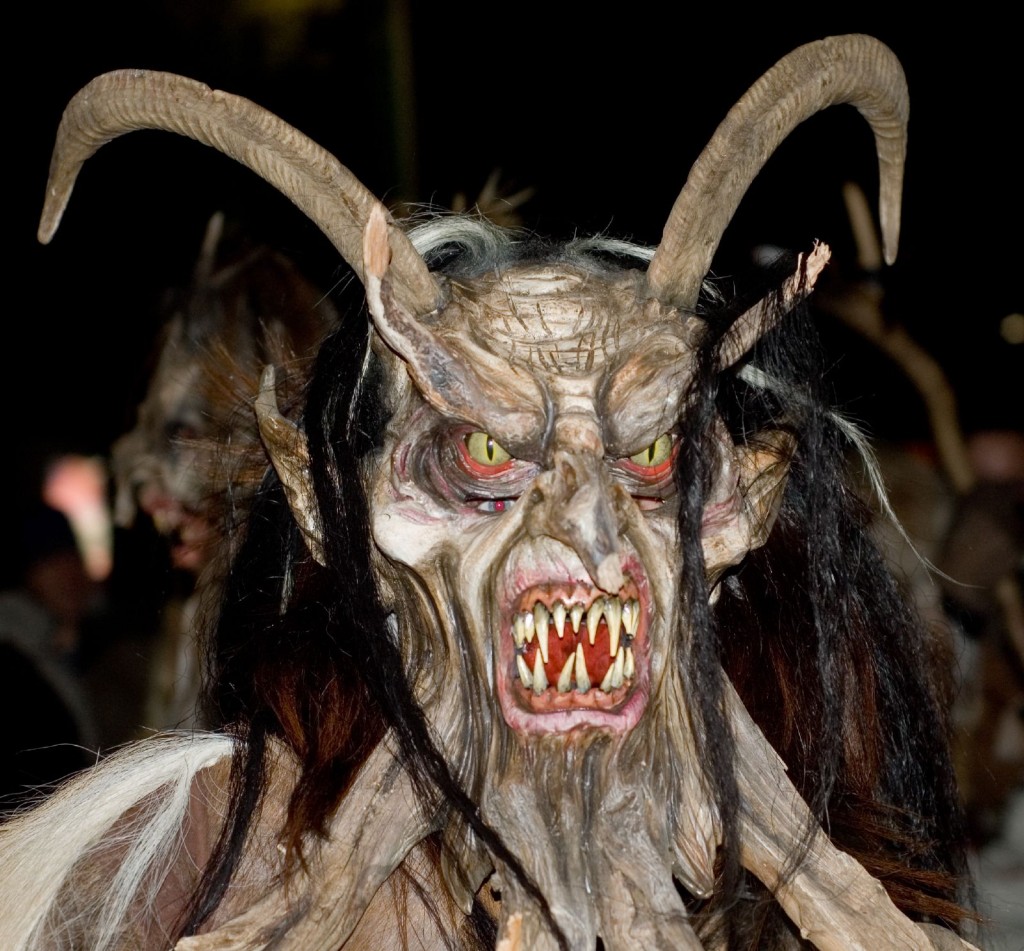 Krampus is a pre-Christian concoction, probably from old Germanic legends, mixed with lashings of Greek mythology for good measure. He’s supposed to have one cloven hoof and one normal foot. So he’s probably got a bit of a weird limp I would imagine? He’s also got a particularly long tongue and spends a large proportion of his time chasing buxom ladies. Sounds like a right old Chirpser to me. 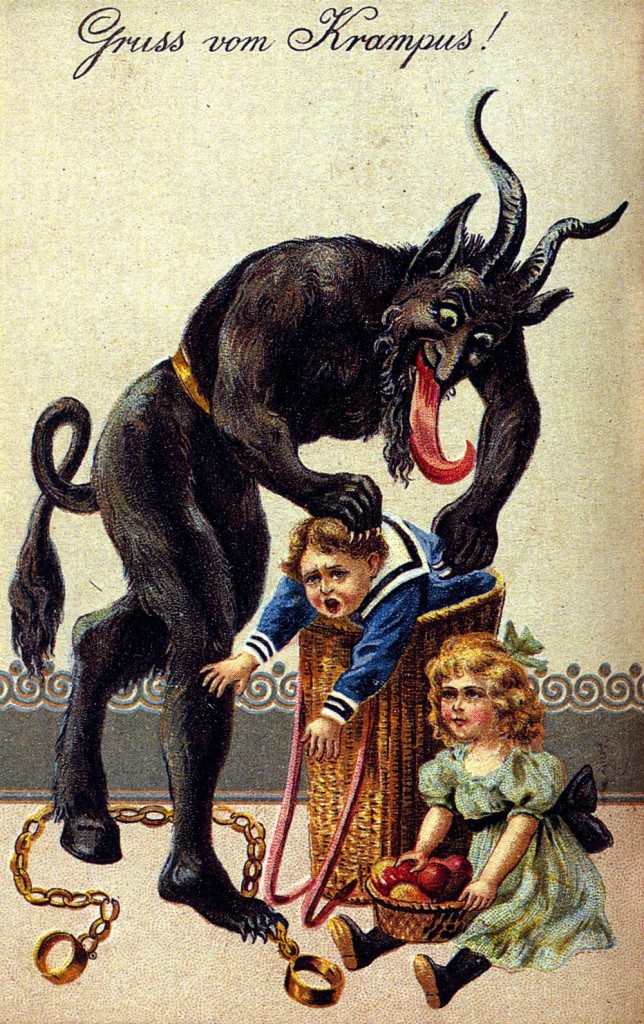 Traditionally young men dressed as this beast on the 5th of December but the early Catholic church tried to stamp out the tradition, they’re not too keen on demonic goat outfits apparently. He has been a feature of Crimble cards since cards began, terrifying. Here’s a compilation of some of the most disturbing ones:

It’s a bit late to repent now, so look out for Krampus. He looks mean.  Here’s some footage of an Austrian Krampus procession…. pretty creepy. Sounds like the dog is freaking out too: