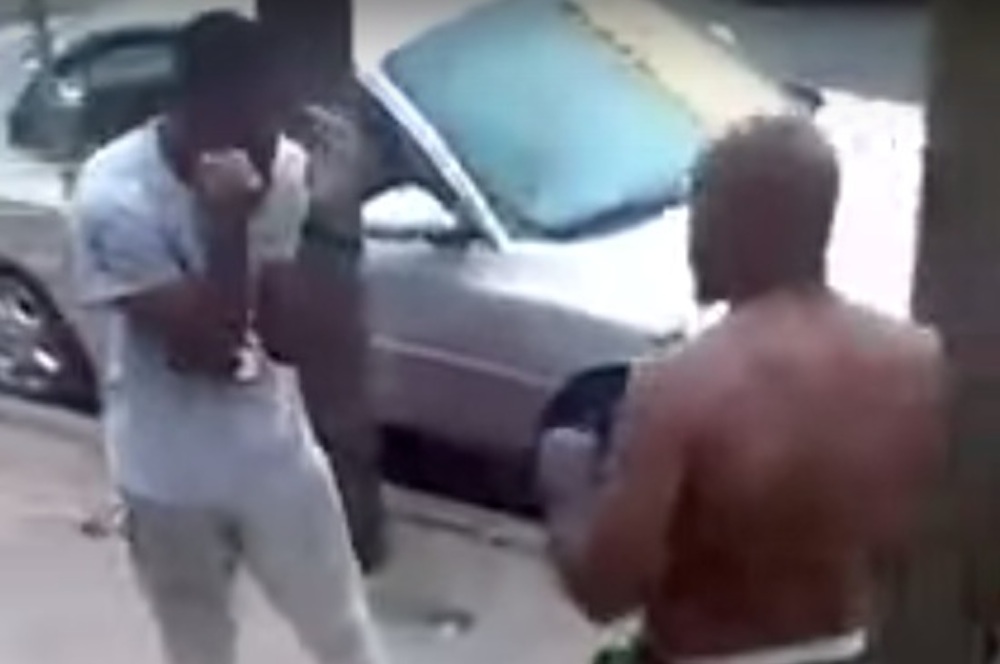 What’s worse: smoking weed or beating someone up?

When you’re growing up, it’s more than likely that you’re going to have a few disagreements with your parents about things that will probably get pretty heated, especially when you’re a teenager. However, I don’t think it’s ever acceptable for a parent to come to blows with their children under any circumstances.

Unfortunately not everyone sees things that way, as you can see in this video. In it, the guy’s son has been repeatedly smoking weed in his dad’s house despite his father forbidding him from doing it. This was the final straw, so the father decided to take his top off and take his kid out into the street and give him a brutal beatdown that he would never forget. Absolutely sickening.

It’s even worse that he leaves him crumpled in a ball and then tells him to get the hell out of his house. Awful.

Sure, the kid shouldn’t have disrespected his dad and continued to smoke weed in the family home, but that’s kinda what kids do. It doesn’t give his dad the right to administer an absolute ass whooping in the street on him though. Just ground him or take away his allowance, don’t do something like this – however bad the kid is being.

If you want to watch a bunch of people who deserve to get knocked out (or at least were in a professional competition where thy get knocked out) then check out the video below: