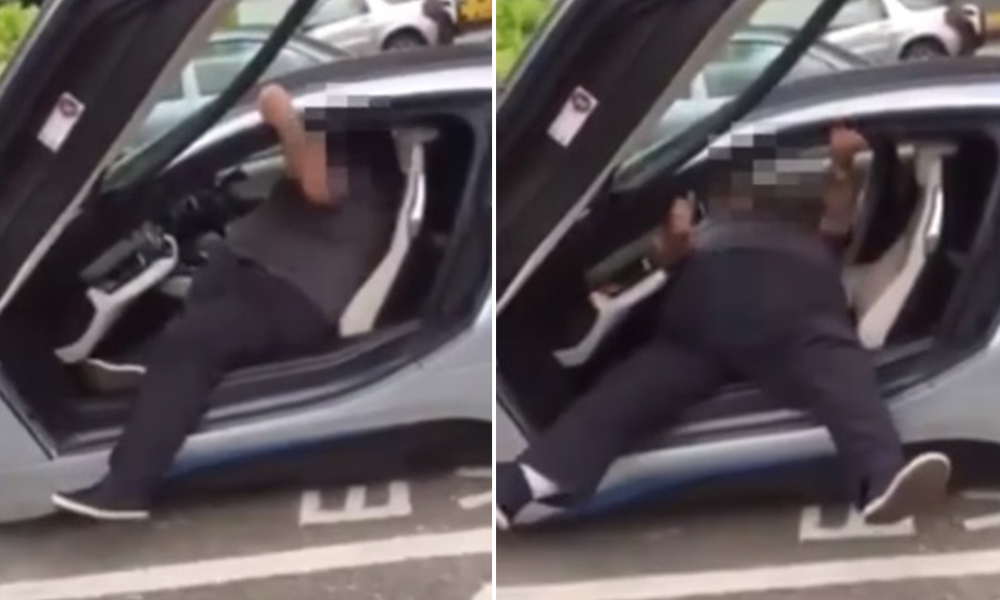 Fat shaming isn’t cool, but this is hilarious.

Have you ever wondered what a bigger bloke would look like trying to get out of a tiny car? Probably not. But here you are anyway.

Fat shaming ain’t cool, to be honest. Just putting that out there for the PC brigade from the off. But this video going viral of a large man struggling to get out of his tiny BMW is very, very funny. His mate filming has one of them laughs that make me laugh, he looks like a tortoise on its shell, and he has his pants pulled up so high even Simon Cowell would frown. Great stuff.

To be fair, I’m not particularly graceful at the best of times, and I’m no stick insect myself, but then I wouldn’t get a tiny car that I clearly can’t fit in. There are many pros and cons to ‘being a fatty’ (like these for instance), and it’s safe to say that getting in and out of a dinky car fits firmly into the ‘cons’ department.