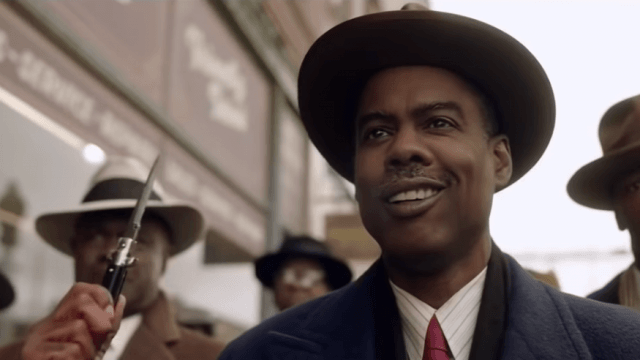 It’s been a long time coming.

It’s been a long, long time since we were treated to Ewan McGregor’s twin brother antics on season three of ‘Fargo’ – the summer of 217 to be precise – so we’re receiving the first trailer for season four of the legendary crime drama with arms wide open.

The new series of the anthology show will start legendary comedian Chris Rock alongside Irish actor Jessie Buckley. Plot details are scarce at the moment, but showrunner Noah Hawley has spoken about why he felt like Chris Rock was perfect for the role (you can also watch the trailer below that):

The history of America is the history of the entrepreneur. It’s the person that starts with nothing and gets to some place and then fights to hold on to it.
I don’t know the world of stand-up comedy but it felt to me like Chris Rock embodied that spirit. Plus, he’s funny.

So yeah, basically looks like it’s classic Fargo – some criminals are looking to do some major business/take over other criminals’ operations and then somehow a whole bunch of weird ordinary people get wrapped up in it as well. Usually works and I expect this will be no different.

It premieres in America on April 19th – not sure who shows it over here but I imagine that it won’t be that difficult to check out once it makes its debut.

For more of the same, check out this true story centred around Fargo that is absolutely nuts. Seriously.