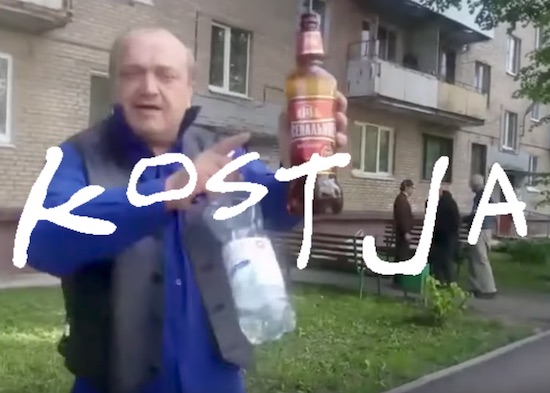 Drinking and fighting in the street basically.

Whenever we seem to feature a video or story from Russia, it’s always usually someone drinking or fighting or doing a combination of the two of them alongside some other completely bizarre and random activity – it’s just kinda how those guys roll over there.

That’s why the video below is so fitting. It’s a fan made introduction to a Russian version of Friends featuring some of Russian people’s favourite things to do – drinking the street in the middle of the day and fighting with each other. To say that it completely nails Russian culture would probably be an understatement:

Yep, that’s what friendship truly means over in Russia – you can sucker punch someone in the back of the head but then ten minutes later you can be hugging it out. That just seems to be how it is over there.

The guy who made it says he just found the video on the internet and then decided to add the titles and them music in, but you’ve gotta ask yourself why anyone would even upload such a weird video of people drinking in the street and then engaging in a little fight afterward? What is that going to show the world, except for just how weird and basic Russia is? I suppose that’s the way it is there though – we wouldn’t have it any other way.

For more Russia, check out this compilation of fights from Russian reality television. Next level.