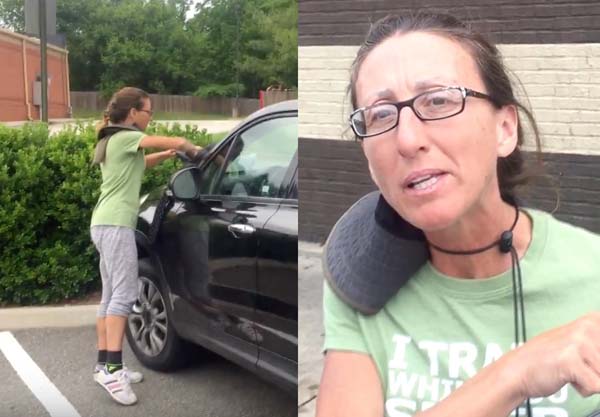 The award for most pathetic person of the year goes to…

Homelessness is a real problem all over the world, and so I’m not sure if there’s anything worse than people pretending to be homeless in order to prey on the charity of others.

Not only does this take away money from those that might actually desperately need it, but it also implies a complete disconnect with reality that such behaviour is even acceptable. Why the hell is it OK for you to go begging on the street when you own a car and a house? Completely unacceptable.

That’s probably why this video has gone viral. It’s taken over in Richmond, Virginia after a couple of guys followed a woman who was working the streets asking for change back to her surprisingly nice car. It then gets really weird:

I mean, this woman sucks and obviously lives in a state that’s completely disconnected from reality.

Why did she immediately march over to the McDonald’s drive thru like they were going to vindicate her behaviour? Like they have any idea what she’s doing, or even any authority to say whether it’s cool or not? And then pretending she has a disability that she can’t even name as well?

This woman seriously has a screw loose, but I suppose considering now that the video has 2 million views, there aren’t going to be that many people giving her money in the future. That can only be a good thing – maybe she’ll go back to her job now.