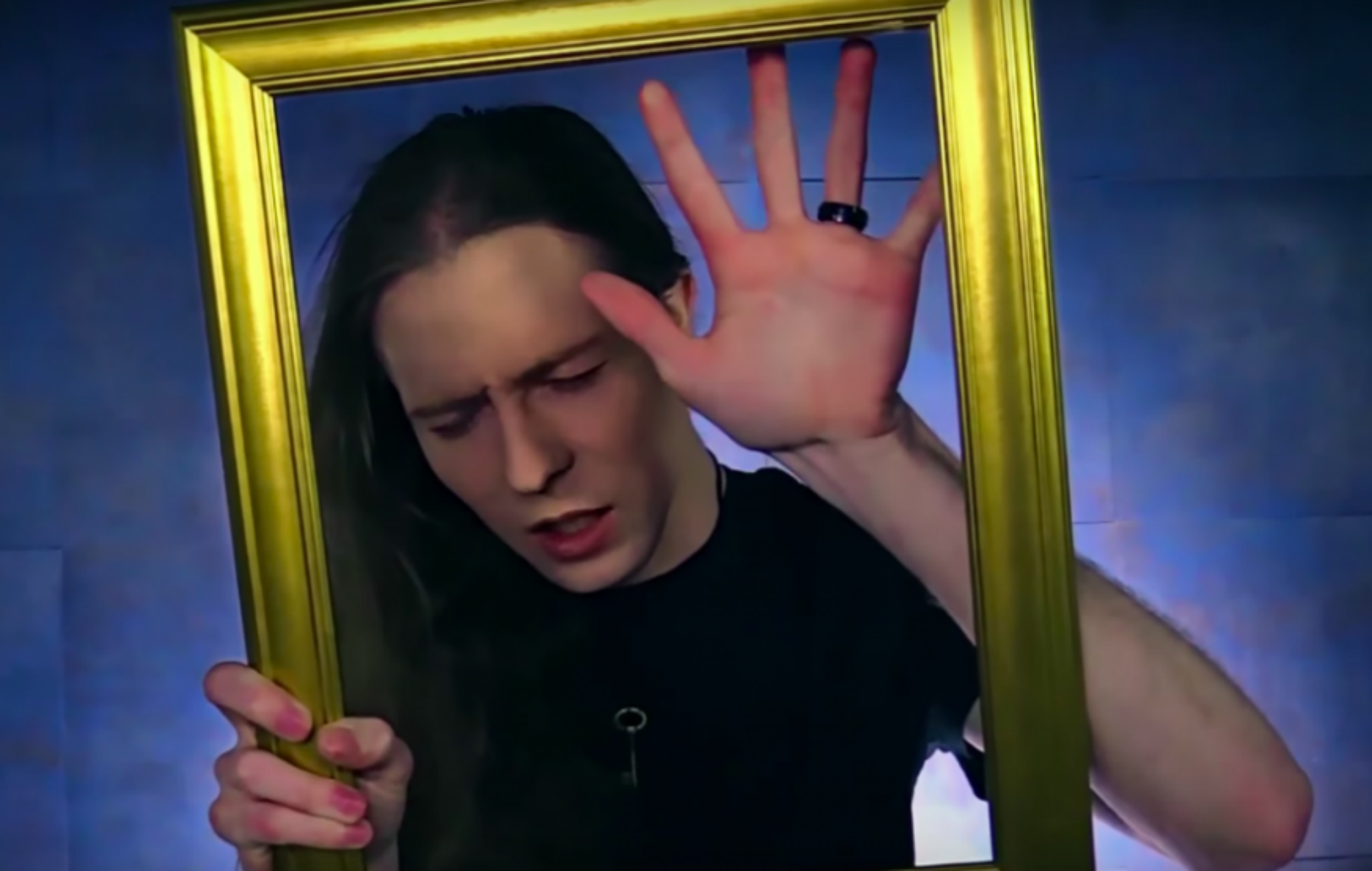 You probably remember the name Threatin from a year ago after a story about him booking a European tour of massive venues and playing to literally nobody every night went viral because it was one of the most bizarre things that anyone had ever done, but I wouldn’t blame you if you had forgotten about him because it was the kind of thing that blows up for five minutes and then you just immediately forget about it.

Jered Threatin himself hadn’t forgotten about his fifteen minutes of fame though and seems desperate to get back into the limelight again, as he decided to set up another stunt at London’s legendary Camden Underworld last Friday, one year to the day on from when he originally played the venue. Unfortunately for him everyone had forgotten about him and the venue only sold about ten tickets, but there were a few journalists and support bands there this time so it was definitely busier than last time, just nowhere near the level of fame that Threatin aspired to achieve.

The show itself was typical Threatin – if you can call that a term now. Before it kicked off, there stage was covered with a black sheet so that you couldn’t see what was going on and then a voice montage of people talking about Threatin being an egomaniac and fake band was played over the PA before the sheet dropped and Threatin took the stage. Except it wasn’t Threatin – it was three animatronic mannequins with t-shirts saying ‘Fake Band’ on them pretending to play their instruments with one of his songs playing over the PA. 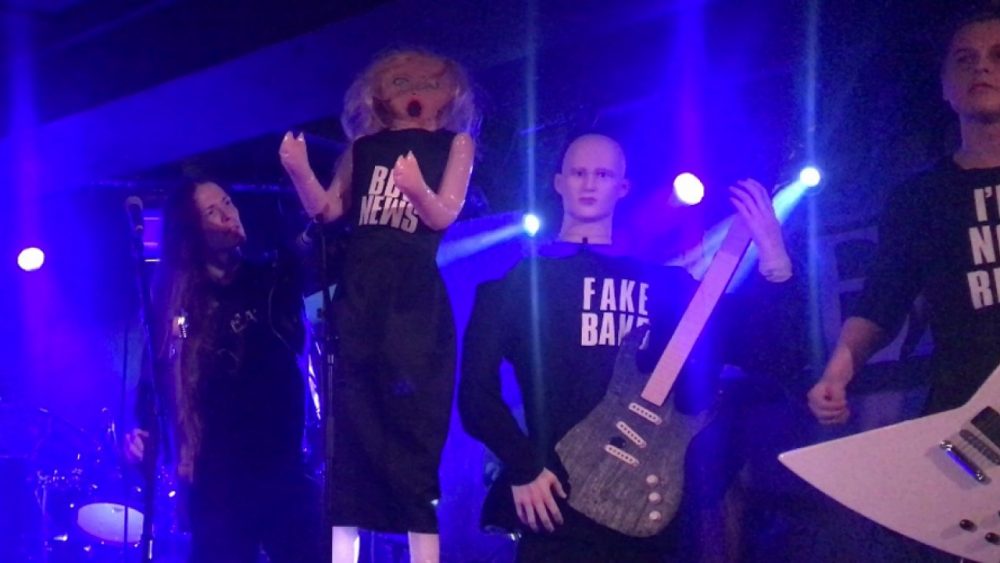 There was a brief moment when I thought that Threatin hadn’t even left America and was just trolling us all and that this was all the show was going to be – a bunch of robots pretending to play the Threatin songs that were being played over the PA – but after one song Threatin and the rest of his band took to the stage alongside the dummies. Kinda hard to tell who the real dummies were at one point because the show didn’t get any less strange after that.

Threatin and his band would play their instruments, but whenever he was supposed to sing he would just grab a mic and put it to the face of one of the mannequins and the pre-recorded vocals would come from the model’s mouth. Threatin would then go back to this microphone and sing into it, but it wasn’t switched on so you couldn’t actually hear anything that he was singing. I thought at first that this might have been a technical fault but it happened throughout the 45 minute set so I think there’s no way it wasn’t deliberately planned for this piece of performance art/high brow commentary on conventions within the music industry.

Another ‘highlight’ of the set was where Threatin grabbed a blow up female doll with a ‘BBC News’ t-shirt on and then mimed it giving him a blow job. Real high brow stuff there like I said. Predictably towards the end of the set Threatin decided to trash the animatronic models – wonder how much they cost him – and the rest of the stage before walking off in a huff.

The only words he said to the audience were near the start of the show, merely stating ‘You are invisible’. Deep. Some absolute maniac filmed the whole set so if you want to watch it just have a look at the video below:

So was it worth going? I mean it was Friday night and it was about a half an hour journey and I got in free and to be honest the whole thing was kinda hilarious and gloriously terrible in a kind of high school art show taking itself way to seriously vibe. Totally glad I went because it really was something, but not really sure what Threatin’s going to be doing in the future now as I doubt it’s going to go anywhere near as viral as his original stunt. Watch this space I guess.

For more of the same, check out the original story of Threatin right here. Absolutely insane level of detail on it there.