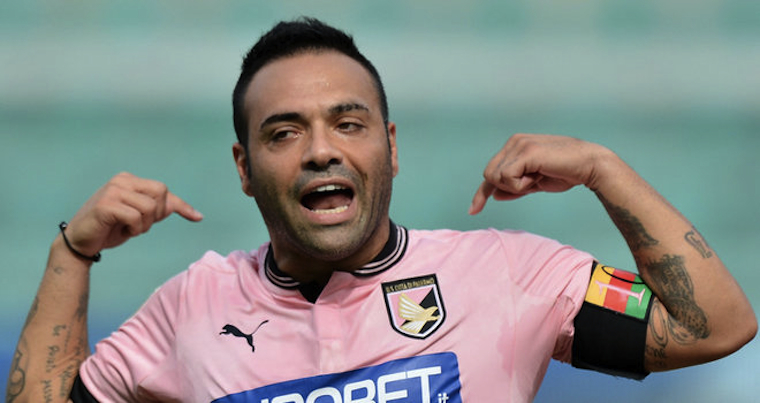 Fabrizio Miccoli was once on the brink of signing for Birmingham City. That seems kind of crazy when he seems to score unbelievable goals like this on a fairly regular basis.

I don’t really know much about Fabrizio Miccoli except that I’m pretty sure that Birmingham tried to buy him a few seasons ago but fucked it up and ended up with Nikola Zigic and Garry O’Connor instead. Sure we won the League Cup but we ended up in the Championship and don’t look like we’re gonna get out any time soon. Would it have been any different with Fabrizio Miccoli? His goal scoring record is fairly decent and he does claim to have created this unbelievable skill in the video below that I saw when I was first checking videos out of him when we were linked with signing him, but one man doesn’t make a team so I really don’t know.

He was also going to be out for 5 months when we were talking about signing him so I doubt it would have made much difference. He probably wouldn’t have scored any goals like this for us though if he had signed. This is a truly incredible goal and I don’t really think I’ve seen anything like it before – I mean I’ve seen the Xabi Alonso and David Beckham goals from the halfway line as well as a few others (including this stunner from Dejan Stankovic for Inter in a Champions League match way back when we first started Sick Chirpse) but the technique on this is just outrageous. It’s very reminiscent of Zinedine Zidane’s famous Champions League final goal, only Zidane’s was on the edge of the area whereas Miccoli’s is practically on the halfway line. Unbelievable tekkers. Check it out below and let us know what you think:

If that isn’t enough for you, here’s a few of the best/most unbelievable goals we’ve featured on Sick Chirpse since we started:

David Platt Rolls Back The Years