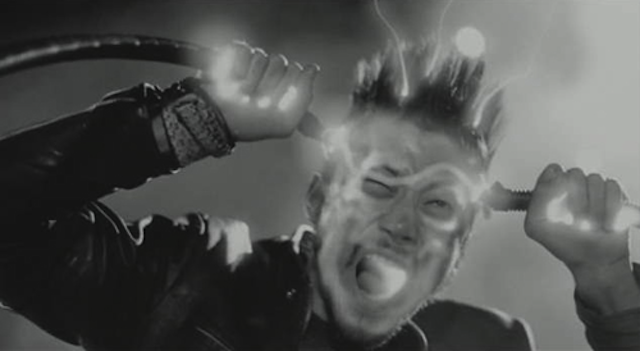 I never, ever want anything even remotely resembling this to happen to me.

Well this is freaking weird. I don’t really know anything about how or why this happened because it was just posted on imgur, but man, I do not want that ever happening to my eyes ever. It looks like the kind of thing that might happen to somebody in the X Files.

Apparently it’s called a stellate cataract. I looked it up in the New England Journal Of Medicine (no big deal) and I tried to simplify it but the fact of the matter was that it’s way too complicated for my liking. It sounds like he had been punched in the face previously and the injuries to the eye only showed up after he got struck by lightning? I’m just gonna copy and paste this definition article on it because I got no fucking clue what it’s saying really:

‘A 55-year-old man was referred by his general practitioner because of a progressive unilateral decrease of visual acuity over the previous 6 months. The patient reported having blunt ocular trauma from a fist punch 9 months earlier. On examination, he was noted to have a stellate-shaped axial opacification of the lens. Traumatic cataracts are caused by blunt or penetrating ocular trauma. The proposed mechanism for indirect injury is shock waves progressing through the eye along the line of concussion. Opacification of the lens may occur in the cortex or capsule and can result in the formation of a stellate-shaped or rosette-shaped cataract. If such injuries disrupt the visual axis, cataract surgery may be required. This patient regained full visual acuity after successful phacoemulsification and intraocular-lens implantation.’

â˜› Watch Next: How To Catch An Electric Eel (Spoiler: You Don’t)