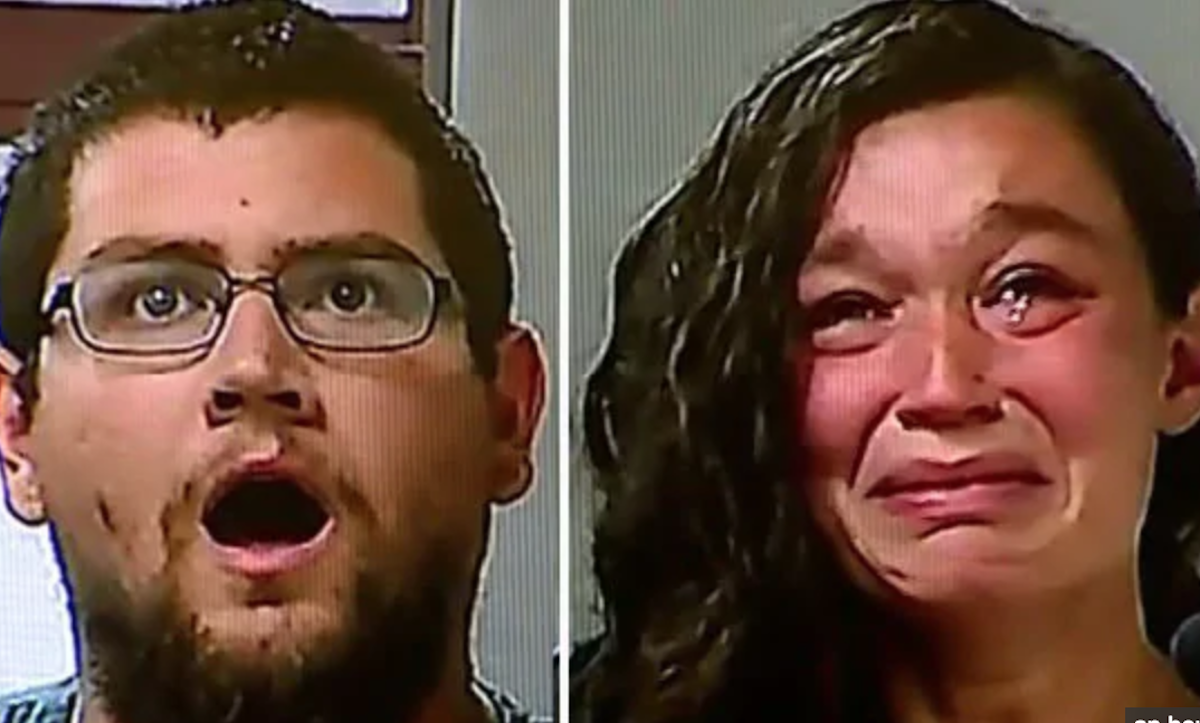 They didn’t trust the hospital.

I’m not exactly a big fan of religion but hey, if it does it for you and you wanna spend your life involved with it then I’m not gonna call you out on it. Unless perhaps when your beliefs pretty much lead to the death of your baby that is.

And it seems like most of the world is with me on this as well, as 27 year olds Seth Welch and Tatiana Fusari are now facing murder and first-degree child abuse following the death of their 10 month old daughter Mary in Solon Township, north of Grand Rapids, Michigan. An autopsy found that she had died as a result of neglect from her parents and malnutrition and dehydration after they refused to take her to a hospital as they didn’t trust them and it went against their extreme Christian beliefs.

Welch has apparently spoken out in several Facebook videos against the medical community and Child Protective Services and the pair seem to have a deep distrust of the organisations. Unfortunately, they’re now being held in prison without bail until their trial and their other two children – aged four and two respectively – have been placed into the CPS.

Here’s the moment that the couple found out the charges that they would be facing:

What a horrible situation for them to be in – I’m not surprised they’re completely shocked and in tears. In fairness though, if you don’t trust hospitals and think it’s a good idea to keep your baby dangerously underweight then they probably don’t know anything about reality, do they?

Have to kinda feel sorry for them for their situation as I don’t think there’s any way they wanted Mary to die, but on the flipside if you’re going to be so blinded by religion that you let something like that happen then you’ve really gotta look at yourselves. Maybe life imprisonment is a bit much as they’re gonna have to deal with killing their own child for the rest of their lives too, but they probably need some kind of punishment for allowing this to happen.

For more Christians, check out Christianity as a whole getting debunked. Nice.