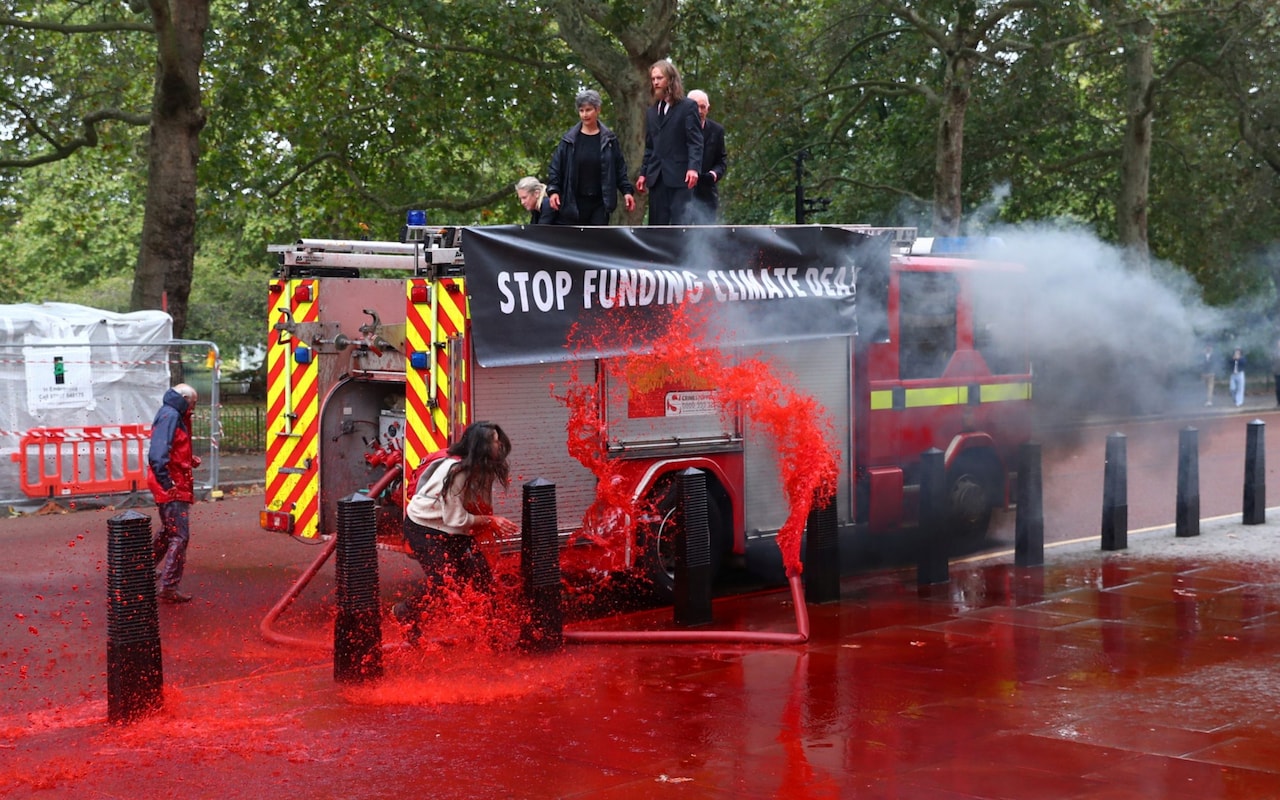 There’s no denying that a lot of people think that climate change is a big deal – I would like to say that there’s no denying that climate change is a big deal, but loads of people out there seem to want to deny it all the goddamn time despite extensive evidence from a whole bunch of experts out there – and that’s why a lot of people are out protesting against it all the time.

Some of these protests are great and some of them less so and this one from Extinction Rebellion outside the Treasury today probably falls somewhere between the two camps. The idea was to spray 1800 litres of red liquid – to represent blood I think – from an old fire engine all over the Treasury this morning ‘highlighting the inconsistency between the UK government’s insistence that the UK is a world leader in tackling climate breakdown, and the vast sums it pours into fossil fuel exploration and carbon-intensive projects’.

Fair enough I suppose, but the problems started when the hose was too powerful for those manning it and ended up escaping and spraying the red liquid all over the pavement and into people who were just wandering around minding their own business:

Oh dear. Favourite part is the guy in the red jacket just casually walking along who eventually notices the spray and then decides to head over and sort it out, but is immediately taken back bit its power as well. Murked.

I suppose when you think about it though, they’ve probably received more publicity from the fact that they screwed it up than if they hadn’t, so they’re gonna probably see it as a win. Only problem is everyone might look at them and think they’re really stupid because they can’t work a hose properly, but hey swings and roundabouts in the war on climate change I suppose. Bigger fish to fry.

For more of the same, check out these anarchists who aren’t quite sure what they’re protesting about. Morons.